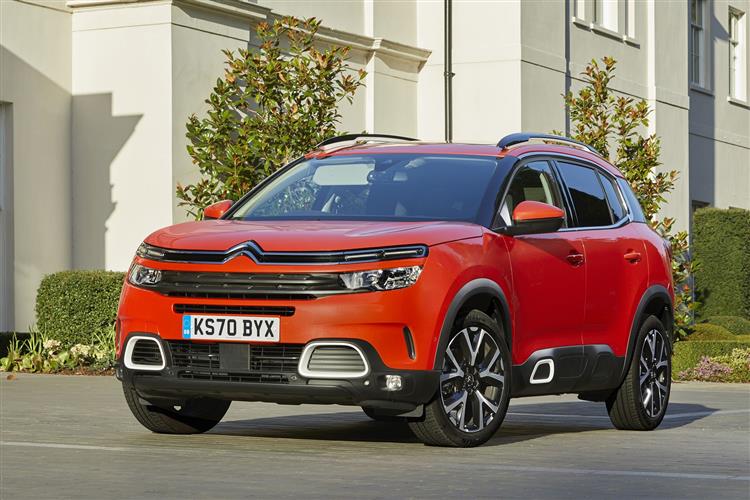 Citroen's BlueHDi diesel engines have already proved themselves to be efficient and frugal in the brand's other models and that's carried forward here. As part of a re-homologation process, selected BlueHDi diesel engines in the C5 Aircross SUV range benefit from significant CO2 reductions. All 1.5L BlueHDi 130 S&S manual versions see a 3g/km decrease, from 108g/km to 105g/km, whilst the 1.5L BlueHDi 130 S&S EAT8 automatic versions see an even greater reduction of 5g/km, from 105g/km to 100g/km. Fuel economy-wise, the BlueHDi 130 manual variant that'll probably be the most popular choice manages around 65mpg on the combined cycle. Even if you go for the PureTech 130 petrol variant, you'll still be getting well over 55mpg. To do better, you'll need the plug-in petrol/electric Hybrid version. This is WLTP-rated at 168mpg, with a WLTP emissions figure of up to 32g/km; and there's up to 31 miles of WLTP rated electrified driving range if you keep it fully charged. Impressive engine technology also plays its part in this strong efficiency showing. The PureTech petrol model benefits from a 30% reduction in mechanical losses that are due to friction. While the PSA Group's BlueHDi diesel technology is based around a clever three-step after-treatment system designed to better eliminate the four nasty pollutants that diesel units usually put out - namely unburnt hydrocarbons, carbon monoxide, nitrogen oxides and particulates. Another thing that could help you keep garage costs in check is the affordable three year servicing plan that's available at point of purchase. Finally, there's the usual Citroen three year / 60,000 mile warranty.