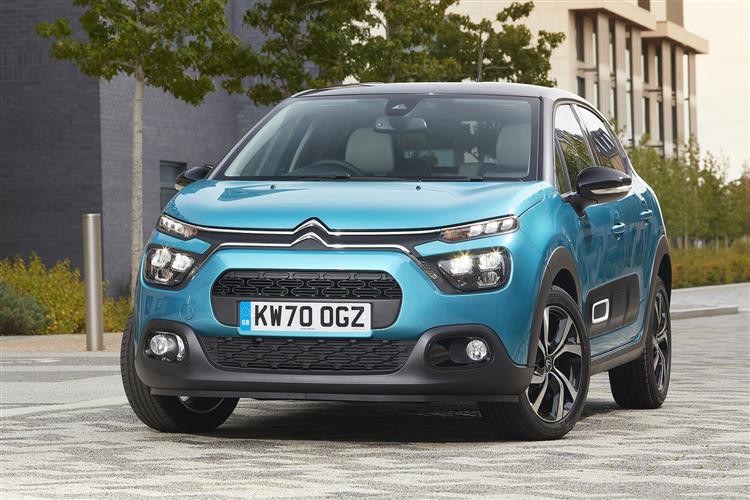 Citroen's third generation C3 supermini gets a wash 'n brush-up here, with a slightly smarter looks, comfier seats and extra personalisation options. It's still one of the most comfort-orientated small cars you can buy too. Ultimately, there's nothing really revolutionary on offer here, but as a complete and highly personalisable package, it's desirably different.

Pricing is a little higher than it used to be because Citroen no longer offers entry-level 'Touch' trim in our market. That means a price range which now spans the £15,000 to £21,000 bracket. There's a choice of four trim levels - 'Sense', 'Shine', 'C-Series' and 'Shine Plus'. Potential buyers will need to make sure that they leave some budget aside for personalisation. Thanks to changes made to the way that you can specify this revised model, this is now the most customisable supermini in its segment, with the number of visual spec combinations increasing from 36 to 97. This includes fresh body colours and bi-tone choices (incorporating the roof, door mirrors and the rear quarter panel trim), plus new coloured inserts around the fog lights and the Airbump panels, as well as new graphic trims decorating the roof for a more distinctive pavement presentation. There are seven body colours, four 'Colour Packs' and three roof decor options, plus you can now specify bigger 17-inch 'Vector' alloy wheels. Inside, there's now the option of a 'Techwood ambiance' pack with 'lightwood' trim, soft-touch materials and special stitching. Equipment levels remain pretty generous. Even base 'Sense' trim gets you Airbump panels, LED headlights, a seven-inch capacitive touchscreen, Apple CarPlay and Android Auto, automatic air conditioning, six airbags, lane departure warning, speed sign recognition, coffee break alert and power folding door mirrors. Plus there are some really clever optional touches. Of these, our favourite is the 'ConnectedCAM Citroen' system. Here, you get a forward-facing two-megapixel, GPS-enabled camera mounted in the rear-view mirror. It's there for two reasons; sensibility and fun. The 'sense' bit lies in its capability to record any traffic incidents or accidents, since it activates in an impact and stores the preceding 30 seconds and following 60 seconds. However, there's a fun purpose too, given that the driver can also click a button to safely take exterior photos or videos of the view through the windscreen and then share this content through social networks.

Almost every fashionable type of technology has been thrown at this car to drive its running costs down and, as you'd expect, the best returns can be achieved from the BlueHDi diesel model. Most will choose a petrol model though. The PureTech 83 variant manages up to 51.3mpg and a WLTP emissions figure of 130g/km. And for the PureTech 110, it's up to 52.2mpg and up to 129g/km (WLTP) in manual form. For the BlueHDi diesel, it's up to 67.0mpg and 118g/km (WLTP). Enough on engine efficiency. What about other financial considerations? Well, regular service intervals come round every 16,000 miles or 12 months, depending on which comes sooner. For many supermini owners, this will mean a visit to a dealer once a year and there are plenty of Citroen outlets to choose from, so you should never be too far from one. So you can budget ahead, the French maker offers its 'Citroen Maintenance' scheme that lets you pay either a one-off fee or monthly instalments to cover the cost of the routine upkeep of your car for as long as three years and 35,000 miles.