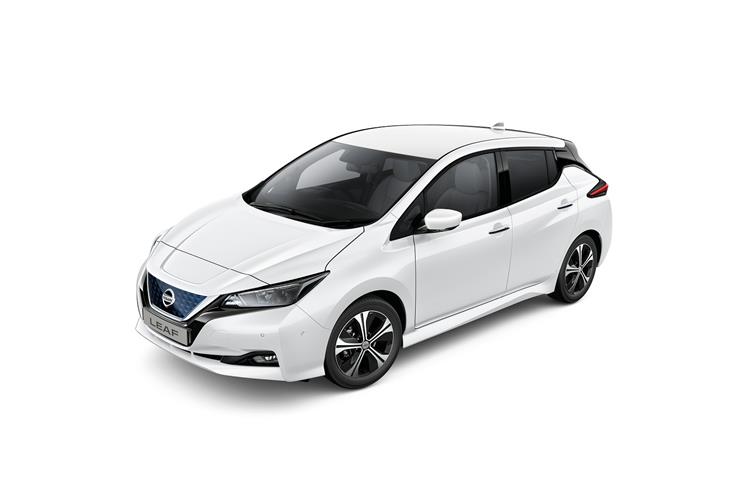 Most LEAF models feature the 40kW battery and are priced in the £27,000 to £30,000 bracket, once the government £3,000 grant has been deducted from the asking price. There are 'Acenta', 'N-Connecta' and 'Tekna' trim levels. The longer range 62kWh battery 'e+' models now start much more accessibly at around £33,000 and are available in 'N-Connecta', 'N-TEC' and 'Tekna' trims, with pricing up to around £35,000. The vast majority of customers will take ownership using some kind of finance scheme. These can make the prospect of running this Nissan look quite affordable but when all's said and done, this car still remains a relatively expensive way of showcasing your eco-friendly world outlook to the neighbours. You'd certainly have to run it for far longer than most owners will want to if you're to get back the premium you've paid over what a comparably-sized Focus-class family hatchback would have cost. Part of this is because Nissan feels the need to offer even the most basic versions of this car with lots of sophisticated equipment. This, for example, is the only model the company makes which features its 'ProPilot' autonomous driving technology as standard, this a set-up which on motorways, can steer, brake and accelerate for you. There's also a 'ProPilot Park' system which will take control of all steering, acceleration, braking and gear selection to automatically guide the car into a parking slot. Inside, every variant gets a 7-inch colour centre-dash infotainment touchscreen featuring 'Apple CarPlay'/'Android Auto' smartphone-mirroring technology. Plus there's a package of 'Safety Shield' features familiar from other Nissan models.