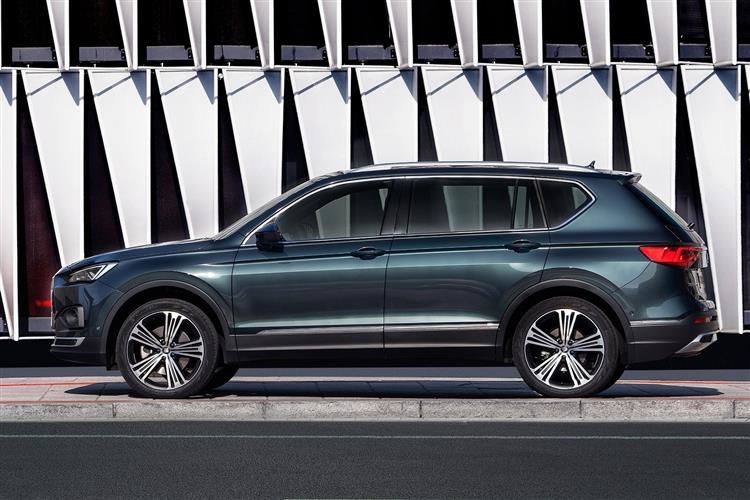 The Tarraco sells in the £32,000 to £40,000 bracket - so, in other words, there's the same kind of price spread as you'll find on a rival Skoda Kodiaq, though it's one that notably undercuts competitors like Volkswagen's Tiguan Allspace, Hyundai's Santa Fe and Kia's Sorento. There are the usual 'SE', 'SE Technology', 'FR', 'FR Sport', 'Xcellence' and 'Xcellence Lux' trim levels. Safety-wise, 'Front assist with bicycle detection', 'Lane assist' and Emergency Call are all standard throughout the range, while Adaptive Cruise Control is standard on the Tarraco in 'Xcellence' trim. SEAT offers a plethora of additional systems too, including 'Emergency Assist', 'Blind Spot Detection and 'Exit Assist', 'Traffic Sign Recognition', 'Traffic Jam Assist' and 'Light Assist' as options, while it has also introduced two new safety systems for the first time: 'Pre-Crash Assist' and 'Rollover Assist'. The Tarraco claims to be extremely well connected too, thanks to its brand's 'Full Link' technology built into its centre-dash infotainment screen, which incorporates 'Android Auto' and 'Apple CarPlay' smartphone-mirroring. Access to calls, messages, music and voice recognition as well as a bespoke 'SEAT Drive' App, means that the Tarraco allows you to network wherever and whenever. In addition, Amazon Alexa is also available to help you manage your personal schedule, play music, navigate to points of interest, request personalised news or find the nearest SEAT dealership.