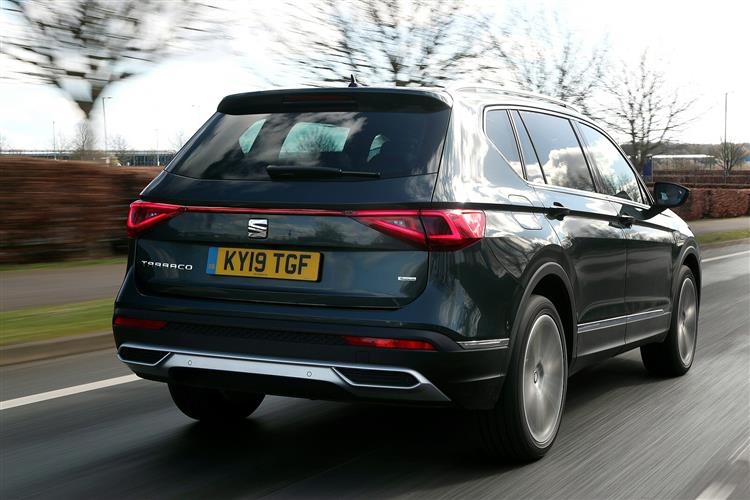 SEAT says it's put a lot of work into driving feedback so that this car will feel 'sportier' than its rivals. The same people who made its smaller Ateca stablemate so alert and nimble claim to have repeated their magic here, with sharp steering and supple multi-link rear suspension which can be enhanced with optional 'ACC' adaptive damping. The Tarraco offers five direct injection turbocharged engines, three of them petrol, two diesel. Predictably, we've seen them all before in various VW Group models, things kicking off with a 1.5-litre petrol TSI unit mated to a 6-speed manual gearbox and front-wheel drive. The alternative mainstream petrol option, the 190PS 2.0-litre TSI unit, comes only in high spec guise with a 7-speed DSG auto 'box and 4WD. There's also a PHEV Plug-in hybrid variant available, which mates a 1.4-litre TSI petrol engine with an 85kW electric motor and a 13kWh lithium-ion battery pack. Both the diesels are 2.0 TDI units, the choice being between a 150PS powerplant with front wheel drive and a 200PS variant with 4WD. If you're regularly going to be using the third seating row and really loading the car up, then the extra grunt of the pokier powerplants will obviously be useful. The 4WD system that these pricier powertrains offer is, as usual in this class, of the 'on-demand' variety, cutting in when a loss of traction is detected. Predictably, the AWD isn't there to enable any sort of prodigious level of off road prowess; there isn't really the ground clearance for that. Instead, this Tarraco is very firmly tarmac-orientated, like SEAT's other SUVs.