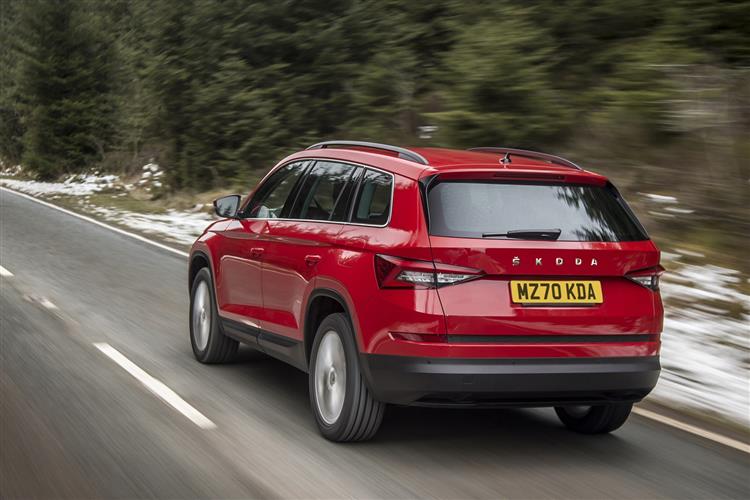 The mainstream Kodiaq engine range is built around three TDI diesel units and a further couple of TSI petrol powerplants. Most will want the 2.0-litre TDI unit, offered with either 150 or 200PS, with the pokier version able to accelerate this large SUV to 62mph in 8.6s on the way to 130mph. The range of petrol engines consists of a couple of TSI units. The entry-level 1.5 TSI generates 150PS and 250Nm of pulling power. The top-of-the-range 2.0 TSI petrol engine develops 190PS with a decent 320Nm of torque. It'll be a rare choice though. Possibly of more interest than the engines on offer will be the 7-speed dual-clutch auto gearbox, an option to the standard 6-speed manual with some variants. An optional 'Driving Mode Select' system enables the driver to tweak throttle response, steering feel and auto gearshift timings, plus on 4x4 versions there's a 'Snow' setting that optimises things for off road use. Front wheel drive is mandatory on base petrol and diesel Kodiaqs and optional on the 1.5 TSI 150PS or 2.0 TDI 150PS derivatives. Most will want 4WD though and you have to have it on top petrol and diesel units that must also be coupled with the auto transmission.