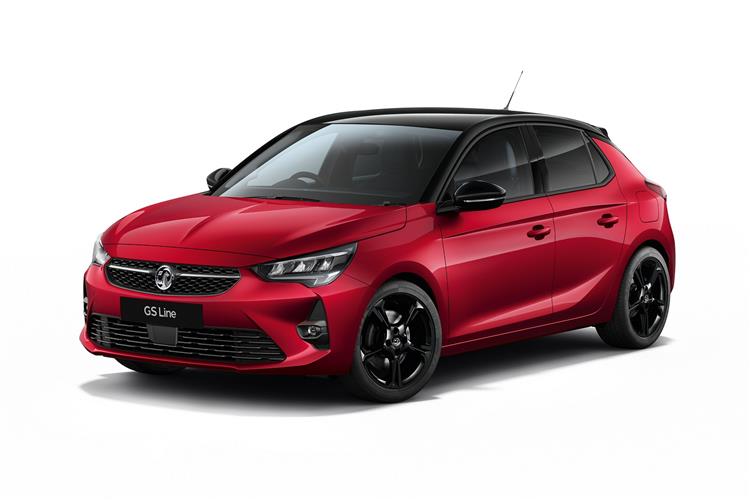 This PSA-era Corsa starts off with a huge advantage over its predecessors: a much lighter CMP platform that's enabled it to lose a shed-load of weight in comparison to its direct predecessor - 108kgs to be exact. Vauxhall's engineers would have liked to have built on this by specifically tuning the drive dynamics of this car to British roads - as the brand has very effectively done with previous generation Corsa models, but that wasn't possible this time round. Something evidenced, for example, by the way the slightly over-light steering hasn't been tweaked for the twistier, more challenging tarmac common in our market - as previously, it might usually have been. Engine-wise, we don't think your choice is going to be that difficult. You probably won't want a diesel - which is just as well because the 1.5-litre Turbo D unit is no longer offered here. Ideally, you'd want to look beyond the base petrol powerplant, a 75PS normally aspirated version of the PSA Group's usual three cylinder 1.2-litre engine that in this form doesn't have a great deal of pulling power. That same 1.2 Turbo unit's much better suited to this car in the turbocharged 100PS guise that we tried, a form in which it manages to be very competitively clean and frugal. You can order this unit with 8-speed auto transmission - and you have to have an auto if you get the top 1.2-litre 130PS powerplant. As for the all-electric Corsa-e version, well just one variant of that is available featuring a 50kWh battery mated to a 100kW electric motor, this confection developing a healthy 134PS.

The idea this time round with the Corsa is to strike a better balance between sportiness and comfort, thanks to a re-designed body shell and frugal aluminium engines. There are lighter underpinnings too, based on the new Common Modular Platform (CMP) platform this car shares with the latest Peugeot 208. Despite this, this fifth generation model is slightly larger than its predecessor, with its bigger body and longer wheelbase delivering more interior and boot space from this five-door-only model. The smarter body panels are still fashioned from the usual range of high-strength steels, but it's all been stitched together in a more weight-conscious manner, saving 40kg over the outgoing Corsa. Visually, the standard Corsa is virtually identical to the electric version, with the exception of different alloy wheel designs. An exterior highlight that Vauxhall is particularly proud of it's the fact that this is the first car in the class to feature adaptive glare-free full-LED headlights - the brand's 'IntelliLux LED Matrix' package, the kind of thing previously restricted to much larger cars. Inside, all Corsas have identical cabins, which centre around a new touchscreen infotainment system on the dash. Two set-ups are available to buyers: a seven-inch Multimedia Navi system or top-spec 10-inch Multimedia Navi Pro.

If you'd got used to Corsa pricing for base models being in the £14,000 to £16,500 bracket (which is where it's been in recent times), you might need a cup of hot sweet tea after perusal of the figures being asked for this fifth generation French-inspired version, which start from around £17,400 for the feeblest 1.2-litre base-spec petrol variant. Top-spec 'Ultimate' trim with a combustion engine now costs from just under £23,500. The all-electric Corsa-e sells in the £27,000-£30,000 bracket after deduction of the available £1,500 government Plug-in Car Grant. Five doors are mandatory, the three-door body style of previous models being deemed no longer necessary. There are three core trim level options for the Corsa - 'Design' (for combustion models only), then 'GS Line' and 'Ultimate'. On combustion models, there's the option of auto transmission - around £1,700 more on petrol models only. Even the most basic 'Design' derivatives are quite well equipped, fitted with 16-inch double spoke alloy wheels, a 7-inch touch-screen radio, a leather flat bottom steering wheel and LED Headlights with LED daytime running lights.

Huge efforts have gone in here to improve running cost efficiency by saving weight. As a result, expect the 1.2-litre PureTech petrol variants that many will want to be very acceptably clean and frugal. With the 100PS model, you can expect to manage 52.3mpg on the WLTP combined cycle and return a CO2 reading of up to 117g/km, which is pretty good going for a car in this segment. The base 1.2-litre 75PS version manages similar readings - 53.3mpg and 118g/km. But of course if you're really interested in ecological efficiency, there'll be just one variant of this car that'll interest you, the all-electric Corsa-e. For this derivative, Vauxhall claims a WLTP-rated driving range between charges of 222 miles. And fast charging at the rate of 100kW is available via a CCS socket hidden behind the fuel cap, with an 0-80% charge achievable in around 30 minutes. If you install a wallbox at home, you can recharge the battery from empty in around five hours if you have an 11kW electricity supply - or in around eight hours with a 7.4kW supply. Bear in mind that the Corsa-e is around 350kgs heavier than the ordinary version.