A leading London fruit delivery firm has proved to fleet operators and business van users just how much juice they can expect to squeeze from Nissan's 100 per cent electric e-NV200 in the freshest instalment of Nissan's '£2 Challenge'.
Bristol Street Motors

A leading London fruit delivery firm has proved to fleet operators and business van users just how much juice they can expect to squeeze from Nissan's 100 per cent electric e-NV200 in the freshest instalment of Nissan's '£2 Challenge'.

Fruit 4 London put the trailblazing model to the test on a busy day of deliveries across the capital to see how far to see how far a charge costing just a couple of quid would take them.

Starting with a full load at New Spitalfields Market in the East End, company director Laszlo Mulato drove a total of 36.6 miles and made 15 deliveries before returning to depot with 50 per cent of the vehicle's original charge remaining.

Based on that performance, the company could expect to make 3,900 deliveries a year, covering almost 10,000 miles for a total electricity bill of just £260.

The model's zero emissions performance means the company would also benefit from congestion charge exemption, saving hundreds of pounds more across the year.

Laszlo Mulato, Director of Fruit 4 London, said: "This challenge really opened our eyes to the benefits of moving towards an electric fleet and the e-NV200 in particular.

"It's shown us just how much we could save by making the transition and, as a small business, it's hard to argue with figures like that.

"We were also really impressed to see first hand how the e-NV200 could help us win new business, with many of our biggest clients and potential customers expressing a preference to work with green-minded suppliers."

Combining the Nissan NV200, a former International Van of the Year, with the proven technology of the British-built Nissan LEAF  the world's bestselling electric car  the new e-NV200 can cover 106 miles on a single charge, can be charged from zero to 80 per cent in as little as 30 minutes, and costs just two pence per mile to run.

In addition to low running costs and emissions, users will also benefit from greatly reduced maintenance bills that make for unrivalled total cost of ownership - £1,200 lower than a conventional diesel van over four years. 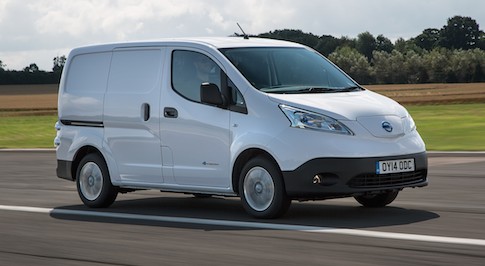 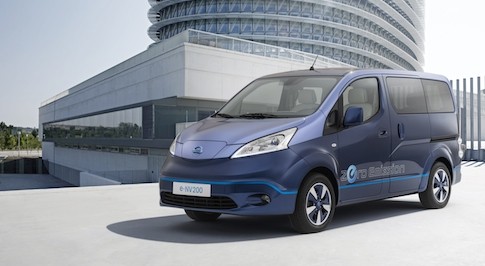