With a (very) rough estimate of 1.2 billion cars on the road today, were probably justified in saying the humble automobile has caught on quite well over the past century or so. But, of all the hundreds of manufacturers jostling for poll position, which car maker comes up trumps when it comes to selling cars?
Bristol Street Motors

The 10 Best Selling Cars in the Universe Ever

With a (very) rough estimate of 1.2 billion cars on the road today, we’re probably justified in saying the humble automobile has caught on quite well over the past century or so. But, of all the hundreds of manufacturers jostling for poll position, which car maker comes up trumps when it comes to selling cars?

We’ve dug around a bit, and we’ve assembled a list of the top ten best selling cars ever in the history of the universe. The answers may surprise you; they certainly surprised us. Without further ado, let’s dive head first into the depths of car sales figures.

The iconic Chevy Impala has been cruising the roads of the world non-stop since its birth back in 1958. In recent years, the Impala’s design revamp has seen it meander its way back once again to the top of the large sedan charts.

Over seven generations and 15.5 million sales, the robust family car has brought reasonably priced luxury to families all over the planet. These days, the sedan market is incredibly competitive, although the Passat still rides happy up at the front of the pack.

Exactly how many Model T’s Henry Ford sold is put into perspective by this fact: despite going out of production 87 years ago, it still remains the 8th best-selling automobile of all time. Between its first production in 1908 and its discontinuation 20 years later, Ford produced enough Model T’s for the equivalent of every person in Holland.

Renowned for its reliability, the Accord spent the first years of its life as a compact, however it eventually metamorphosed into the sedan we know and love today. After small beginnings in 1976, the Accord is today loved by motorists everywhere, and doesn’t show any signs of slowing down.

Prior to the Civic’s birth in 1972, Honda was actually considering giving up the car game, after a difficult few years. Everyone loves an underdog story, and they don’t come much better than the struggling little Japanese manufacturer that went on to sell 18.5 million cars.

America has had the Escort since 1981, and Europe’s roads have been graced with the car since 1986. The humble Escort has appealed to generations of drivers with its simple charm, easy handling, and affordable price tag.

Designed in 1938, the Beetle has ridden a wave of popularity ever since, being picked up by the counter cultural 60’s movement thanks to its affordable price tag and its upbeat, funky styling. Today, generations of Beetles still roam the country’s roads, and they don’t show any signs of slowing down.

Either dubbed the Golf or the Rabbit, depending which country you’re driving around, the sporty hatchback is Volkswagen’s flagship car, selling 27.5 million since 1974, over many different iterations. Since its triumphant return to the production line in 2010, the Golf has gone from strength to strength.

Initially sold as the Ford Bonus Built in 1948, Ford’s truck has increased in quality and style over the decades, with the manufacturer paying close attention to the requests of its customers. Having sold 35 million cars over the past six decades, the F Series tops the bill of Fords cars, and sales are far from slowing, with the manufacturer recently expanding their production plants.

Notable births in the year 1966 include Mike Tyson, David Cameron, Helena Bonham Carter, and the Toyota Corolla. Since taking its first Bambi-like steps off the production line, the Corolla has found its feet as the world’s automotive sweetheart, with over 40 million sold to date, and a further 300,000 expected to sell this year alone, and we are proud to dub it the undisputed Most Popular Car in the Universe Ever.

The Corolla is so loved for its reliability, strong engine, and superb build quality, and in every new iteration, Toyota refine and tweak their flagship car, keeping it at the front of the pack and fending off any usurpers to its automotive throne. With the 11th generation Corolla released last year to rapturous acclaim, it looks as though this trend will continue for many years to come. 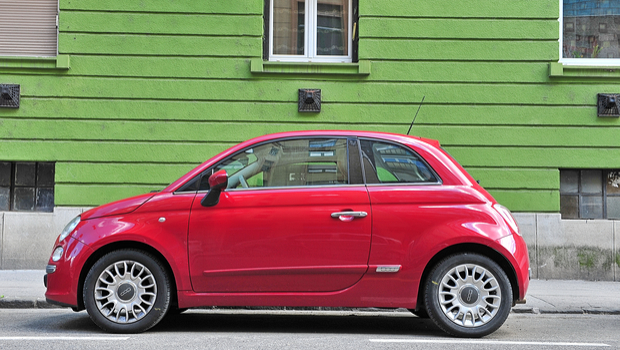