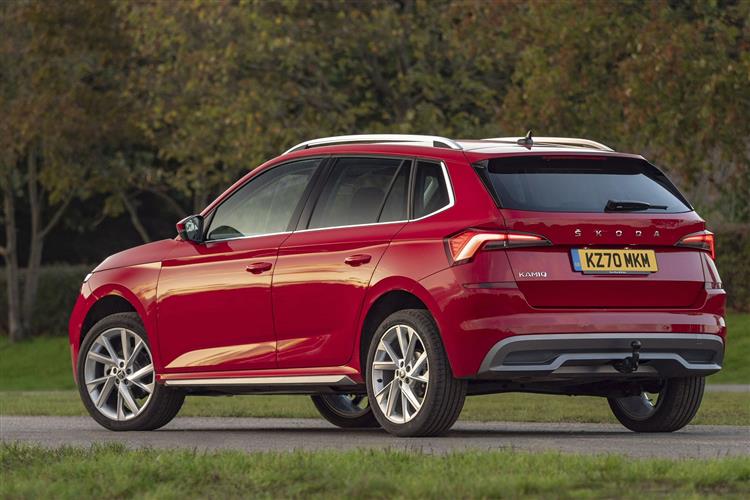 Expect the Kamiq to sell in the £19,500 to £28,000 bracket, which is fractionally above what you'll pay for volume rivals like Renault's Captur and Nissan's Juke but much the same as you'd have to find for this model's two VW Group cousins, the Volkswagen T-Cross and the SEAT Arona. Kamiq buyers are offered a choice of four trim levels - 'S', 'SE', 'SE L Executive' and 'Monte Carlo'. 'SE' buyers get the chance to pay £800 more to graduate from the entry-level 95PS version of the 1.0 TSI petrol engine to the 115PS variant. Further up the range, you have to have this perkier unit. Providing you avoid base trim and the base 95PS engine, you'll be offered the chance to pay £1,250 more for a 7-speed DSG auto gearbox. Even the entry-level Kamiq S is decently equipped, coming with 16-inch alloy wheels, LED headlights and tail lights, air conditioning and a 6.5-inch touchscreen display. Customers opting for the 'SE' model benefit from 17-inch alloy wheels, body-coloured bumpers, a better 'Bolero' infotainment system with an 8-inch touchscreen display and Wireless Smartlink for Apple CarPlay. 'SE' models also come with rear parking sensors, cruise control and light and rain sensors. 'SE L' models get a larger 9.2-inch 'Amundsen' infotainment system and microsuede upholstery.