Alfa Romeo is celebrating its 105th anniversary and, to make the occasion, is opening its historical museum in Arese, Milan, Italy to the public.
Bristol Street Motors

Alfa Romeo is celebrating its 105th anniversary and, to make the occasion, is opening its historical museum in Arese, Milan, Italy to the public.

The museum, named "La macchina del tempo  Museo storico Alfa Romeo", is at the heart of an immersive brand centre, which also has a bookshop, café, documentation centre, test-drive track, events venues, showroom and customer delivery area, seamlessly tying the past, present and future of the Alfa Romeo brand together under one roof.

Inaugurated on June 24 during the world preview of the new Alfa Romeo Giulia, the museum will open to the public on June 30 and will be accessible to visitors six days a week.

The museum is home to the most significant pieces in Alfa Romeo's historic collection, which was started in the early 1960s. The museum was first opened in 1976 but access previously had to be arranged in advance. Following the decommissioning of the Arese production plant and the relocation of the brand's headquarters, the museum was closed in 2009.

However, as part of Alfa Romeo's global re-launch, the museum has been recognised for its symbolic place in the brand's history and was chosen as the location for its rebirth. At the end of 2013, architect Benedetto Camerana was called upon to propose a new design that would balance the re-launch objectives with the need to preserve the building. Work started in summer 2014 and in less than 12 months this major restoration project across the entire complex was completed and achieved by FCA Partecipazioni.

The architectural project redesigns the functionality of the complex, adapting it to new activities and to the expected visitor flows. The key element in the design is the red structure which crosses the entire complex: from the projecting roof over the visitor entrance, through the entrance and right up to the start of the display route with its new escalator architectural feature. Bright "Alfa red" and clearly visible from the motorway, is the symbol of the Museum's rebirth: a modern feature set within a 1970's architectural context, providing the necessary link between past and present.

The museum exhibits 69 models, which mark not just the development of the Alfa Romeo brand but also the very history of the automobile itself. From the very first A.L.F.A. car, the 24 HP, to the legendary Mille Miglia winners such as the 6C 1750 Gran Sport driven by Tazio Nuvolari, the 8C coachbuilt by Touring and the Gran Premio 159 "Alfetta 159" world Formula 1 winner driven by Juan Manuel Fangio, not to mention the iconic 1950s Giulietta and the Championship 33 TT 12.

Visitors to the museum will witness the very essence of Alfa Romeo has been condensed into three principles: Timeline, which represents industrial continuity, Beauty, which teams style with design, and Speed, which addresses technology and light weight, with a floor of the museum devoted to each principle. 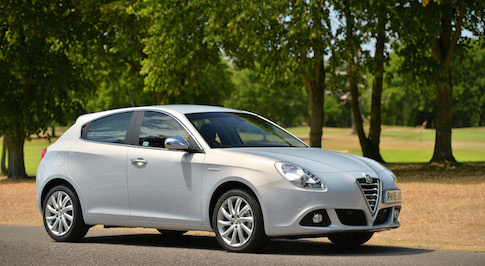 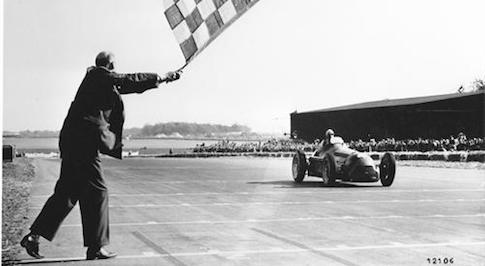