Citroën's C4 Cactus has been named 'New Car of the Year' at this year's Motor Trader Awards, which took place at the Grosvenor House Hotel in London yesterday evening.
Bristol Street Motors

A panel of leading automotive journalists made up the judging panel at the awards. Of the winning car they said: "Citroën's C4 Cactus has provided dealers with a car they can make a noise about. With its delivery of fun, functionality and low running costs it is attracting new buyers to the brand making it a worthy winner of Motor Trader's Car of the Year award."

The C4 Cactus was created by British designer Mark Lloyd and launched in Amsterdam in September 2014. The multi-award winning model fought of stiff competition from across the automotive industry, which included the Audi TT and Volkswagen Passat.

Chris Cheetham, the UK marketing director for Citroën commented; "By focusing on intelligent technologies and innovative design, we've been able to create a car that not only meets our customers' expectations, but also exceeds them. The C4 Cactus represents the future design direction of Citroën, so it's an extremely exciting time for our dealer network and everyone working for the brand."

For Citroën 2014 was a very successful year. Alongside launching the Cactus, they also sold almost 1.2 million vehicles. The brand has also won eight Manufacturers' titles in the WRC and a new Manufacturers' FIA world championship title from the 2014 WTCC season.

The new Citroën C4 Cactus boasts the very latest 'useful' technologies and buyers have a choice from an efficient range of Euro 6 compliant engines. The small family car is available from just £12,990 on the road. 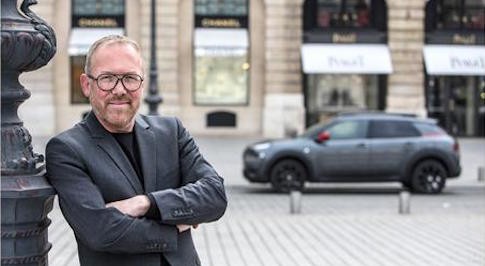