Citroėn's C4 Cactus has been crowned the overall winner at the Carbuyer Car of the Year Awards 2015.
Bristol Street Motors

Citroėn's C4 Cactus has been crowned the overall winner at the Carbuyer Car of the Year Awards 2015.

Judged by carbuyer.co.uk's panel of motoring journalists and road testers, the awards are designed to provide the UK's new car buyers with expert advice, guidance and key facts about the best cars on sale in the UK.

The C4 Cactus was chosen as "Car of the Year" from a list of 20 category winners and the trophy was presented to Linda Jackson, CEO of the Citroėn brand, by Carbuyer's Stuart Milne and Ginny Buckley at the Geneva Motor Show.

The judging panel identified the C4 Cactus as being a genuine game-changer in the UK market, thanks to its appealing blend of "striking looks", interior space, practicality and fuel economy.

Stuart Milne, editor of Carbuyer, said: "The Citroėn C4 Cactus was the standout car for Carbuyer this year. It is the product of some very clever thinking, leading to a number of industry firsts, and represents Citroėn at its brilliant, quirky best. Those striking looks hide an interior that's wonderfully spacious and exceptionally comfortable on the move. And who can argue with the promise of more than 90mpg from the most efficient models?"

Linda Jackson added: "The Citroėn C4 Cactus has already won more than 25 major awards and these latest accolades from Carbuyer are particularly pleasing - for two reasons. Firstly, it's fantastic to win the overall car of the year prize as well as taking the win in the Best Economical Car category. Secondly, Carbuyer offers advice to customers who are actively in the process of looking for a new car, so these awards are very important for a new entrant to the market like the C4 Cactus.

"On top of the wins for C4 Cactus, the Grand C4 Picasso has been voted Best Seven-Seater. Recognition like this validates our belief that Citroėn is getting it right when it comes to designing and producing well-considered family transport." 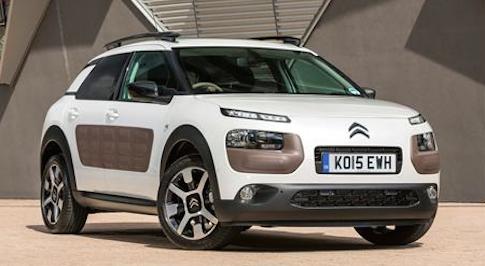 Double success for Citroėn at the 2015 Fleet News Awards