While the Type R grabs the headlines the rest of the Honda Civic range boasts "unbelievable reliability and practicality", it has been claimed.
Bristol Street Motors

Hatch back fans in the market for a new motor could be encouraged to get behind the wheel of the new Honda Civic.

That is after industry publication Top Gear described the Japanese car as offering "unbelievable" reliability and practicality.

Writing for the magazine, Paul Horrell said that while the Type R model often grabs the headlines, the majority of people walking into showrooms will be interested in the rest of the range.

However, this is no bad thing as, as yet, there is no Type R confirmed for 2012.

A hot hatch version is said to be in the offing but it is the standard models that will garner mass attention.

"The 2.2 diesel engine has better performance than before. The engine's power is up to 150bhp and the car weighs less than it did. And thanks to aero improvements and idle-stop, the economy is well up," Horrell explains.

"And the CO2 … tumbles to 110g/km. Which is good, given that it's impressively swift for a diesel hatch."

Honda recently confirmed that drivers will be given a sneak peak of the new model at a number of special preview events. 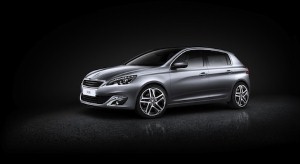