Mazda will showcase the newest members of its stylish range at the 2015 Goodwood Festival of Speed.
Bristol Street Motors

Mazda will showcase the newest members of its stylish range at the 2015 Goodwood Festival of Speed.

Across the entire weekend, the new Mazda2, Mazda CX-3 and the much-anticipated MkIV MX-5 will take centre stage on Mazda's stand.

Visitors will also have the opportunity to see the new roadster and SUV in action as they take to the Goodwood hill during the Moving Motor Show on the June 25.

This event will give the Goodwood audience the chance to experience Mazda's new small SUV  the CX-3.

With pre-order now live, the Goodwood Festival of Speed gives sports car fans an exclusive opportunity to see and experience the new Mazda MX-5 ahead of its arrival in UK dealerships later this summer.

Further acoustic treats will be delivered by the unmistakable sound of Mazda's Le Mans winning 787B as it joins other classics from Mazda's competition past on the famous hillclimb.

As this year's Central Feature Marque, Mazda's presence at the 2015 festival of Speed will be further enhanced by the striking sculpture - representing 'Flat-out and Fearless' - in front of Goodwood House.

Lord March said: "The theme for this year's Festival of Speed is 'Flat-out and Fearless: Racing on the Edge' and Mazda's continual push to reject engineering conventions and strive for something unique perfectly aligns with this philosophy."

Jeremy Thomson, managing director of Mazda Motors UK, added: "The MX-5 is Mazda's brand icon and it embodies all that is great about our products. Its fun to drive character has strengthened the bond between Mazda and its customers for 25 years. So there's no better place to showcase the all-new Mazda MX-5 than in front of the enthusiastic crowd at the Goodwood Festival of Speed.

The Goodwood Festival of Speed will take place from June 26-28, with the Moving Motor Show open for one-day only on the June 25. 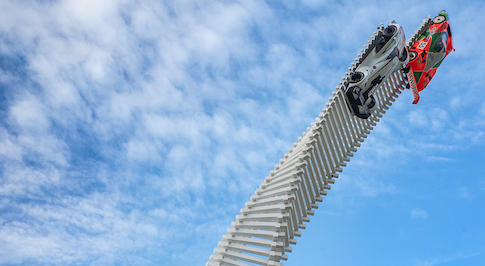 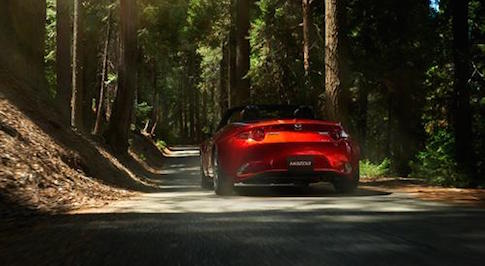 Mazda to bring the rhythm to the Goodwood Festival of Speed 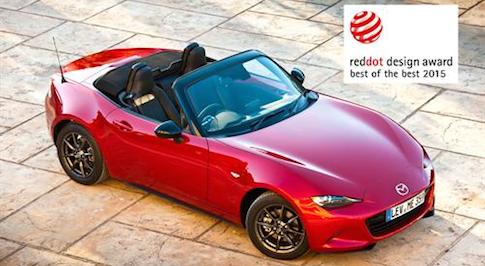