Named the SEAT Leon Cross Sport car, the new crossover concept is loosely based on the pre-existing Leon Cupra, with the performance of a compact sports car and the coupé-like silhouette of a two-door vehicle. Boasting all-wheel-drive and increased ground performance, the concept is described as a 'performance athlete in high-tech trekking shoes'.

Jürgen Stackmann, Chairman of the Executive Committee at SEAT, S.A. commented: "The SEAT Leon family is not only incredibly successful, but also exceptionally multi-faceted. With the Leon Cross Sport, we are testing out a new idea  the performance of the Leon CUPRA with the many possibilities offered by an all-road vehicle."

He continued: "The Leon Cross Sport is therefore a perfect match for the brand and for a young, multi-faceted lifestyle. And, as a compact two-door, this crossover fits well into the urban jungle."

The Leon Cross Sport's two-litre TSI engine generates 300 PS and can produce a maximum of 380 Nm torque from just 1800 rpm. Acceleration from 0 to 62 mph is achievable in just 4.9 seconds via a six-speed DSG dual-clutch transmission. 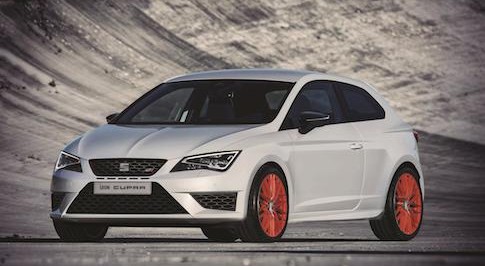