Bristol Street Motors Macclesfield Ford and Macclesfield Vauxhall are supporting the team in a 12 month contract along with the sponsorship of two individual players.

Macclesfield Rugby Union FC, currently top of their SSE National League Two North, are a family orientated club dedicated to the progression of ability from a very young age to senior level. Bill Roberts, General Manager, has been with the club for more than 30 years after also starting his career there as a young player. The sponsorship will focus on two up and coming local players and help to support them moving forward.

Dominic Sheratte and Jonny Kenny, both 19, have been with the rugby club from the age of seven and worked their way up through the academy system. Dominic is currently breaking in to the first team, while balancing a pharmaceutical apprenticeship while Jonny travels back from university in Cardiff each week to join his team mates.

Ken Rooney, General Manager of Bristol Street Motors Macclesfield Ford, said: “Both dealerships are very proud to have secured the sponsorship with Macclesfield Rugby Union FC, a club with family values that are dedicated to improving ability. We are delighted to be backing the two young players and we are confident that they are destined for success. Like the dealership, the club is at the heart of the community, so it’s a nice fit.”

Bill Roberts, General Manager of Macclesfield Rugby Union FC said: “We are really pleased to be associated with a company such as Bristol Street Motors. The sponsorship will contribute to helping the club, in particular supporting the good work done by volunteers working with our younger teams. We are really grateful to both dealerships and look forward to the upcoming partnership.” 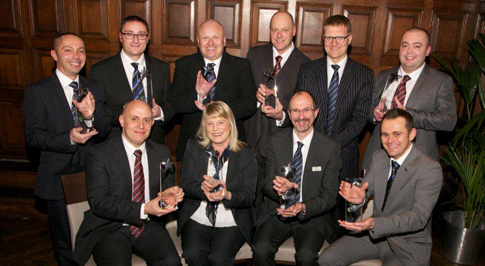