The Pulsar NISMO Concept brings an exciting new performance dimension to the Pulsar range. Although the concept is only a design study at this stage, Nissan is committed to developing its NISMO line-up with the ambition of delivering bold new performance models to a new generation of drivers.

The Concept's paintwork is finished in satin grey and surrounding the body is the NISMO's trademark layered double-wing accentuated in red. Its unique shape is designed by airflow analysis, and it improves aerodynamics performance even better as well as giving lower gravity appeal to the NISMO cars.

Further still, steering on the Pulsar NISMO Concept has been honed and modified for an even more direct response, gaining learnings from Pulsar road car and pushing for further focus and finesse on the driver experience.

As with all NISMO models, the Pulsar NISMO Concept delivers much more than mere kerb appeal. NISMO engineers know that great performance comes from a combination of lateral thinking, intelligent engineering and a willingness to try new ideas  a combination that has paid dividends over on the race track for more than 30 years. 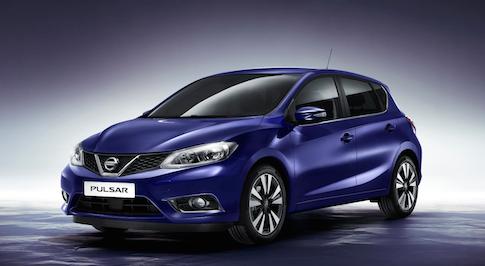