To celebrate the launch of the Nissan X-Trail, hopeful entrants across Europe submitted their 'Adventure Selfies' online for their chance to win the 'Ultimate Himalayan Adventure'.
Bristol Street Motors

To celebrate the launch of the Nissan X-Trail, hopeful entrants across Europe submitted their 'Adventure Selfies' online for their chance to win the 'Ultimate Himalayan Adventure'.

This dream has been realised for four lucky winners, who joined Nissan on the adventure of a lifetime last month.

Their journey began in Kathmandu, before travelling in the Nissan X-Trail out into the Himalayas where they were immersed in the incredible culture and landscape of Nepal. The winners experienced a multitude of adventure activities from canyon swinging and trekking to waterfall swimming and downhill mountain biking, guided by local independent adventure travel leaders.

Accompanying the winners on the Himalayan adventure was world-class mountaineer, psychologist and author of 'Adventure in Everything', Matt Walker. Matt has been working with Nissan to explore the benefits of adventure on individual wellbeing and drawing on his decade of experience, developed the following 'adventure formula'.

The winners' experiences were captured on film by a world-class production team and will be screened at the Adventure Film Festival (AFF) in London at the beginning of January 2015.

The competition, which aimed to find the most adventurous individuals in Europe, was launched following the results of a Nissan-commissioned YouGov survey, which interviewed more than 6,250 people across five European countries.

Nearly half (46 per cent) of those asked defining adventure as doing 'something exciting that gets my adrenaline flowing', the main goal for seeking adventure is 'excitement and enjoyment' (59 per cent) followed by 45 per cent of adults looking to 'escape the everyday'.

However, the research found that people may be holding back from being an adrenaline junkie as more than half (52 per cent) feel that money is limiting the thrill factor, followed by fear (31 per cent) and health and family commitments (28 per cent).

Walker explained: "The challenges of adventure reward us with a more realistic perspective on the rest of our lives. While ordinary life can sometimes feel difficult, engaging in adventure increases our ability to handle everyday life's ups and downs. Additionally, adventure offers an opportunity to bring your best self forward and increases confidence." 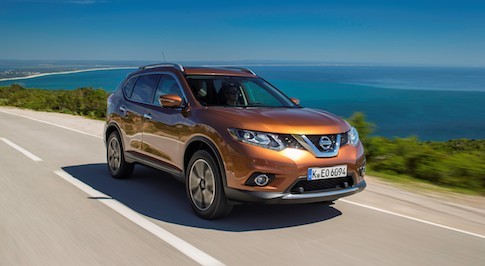 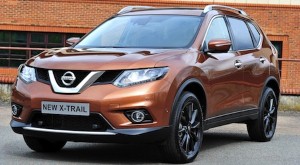