Renault began taking orders for the 2012 version of the Scenic and Grand Scenic earlier today (January 23rd) and has published more information to entice new drivers.

The French carmaker has confirmed that the Scenic will carry an on-the-road price starting at £18,325, while the Grand Scenic will be available from £19,725.

"The new Renault Scenic and Grand Scenic models for 2012 are sharper in design, more economical and boast a number of equipment enhancements," the firm explained.

This year also sees the addition of new colour options, with both models now available in what the manufacturer describes as "Azzurro Blue and Damask Red".

It comes shortly after Renault, which recently celebrated improved sales results in 2011, announced details of the latest version of its popular Twingo model, which is also now in UK showrooms. 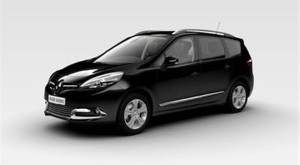