Sporting a sophisticated new design, generous levels of equipment and segment firsts, including a striking full panoramic sunroof, Hyundai has revealed specification details for the new generation i20.

Available in five trim levels, the latest i20 provides customers with exceptional levels of equipment. Kicking off the range is i20 S featuring a high standard specification including electric front windows, remote central locking, tinted windows and RDS radio with USB.

Supplementing this attractive package, the S Air benefits from the addition of manual air conditioning, while the economical S Blue adds Intelligent Stop and Go (ISG) and low rolling resistance tyres. Both i20 S and i20 S Air are paired with a 1.2-litre 74bhp 'Kappa' petrol engine, while S Blue is powered by a 1.1-litre CRDi 74bhp diesel engine. 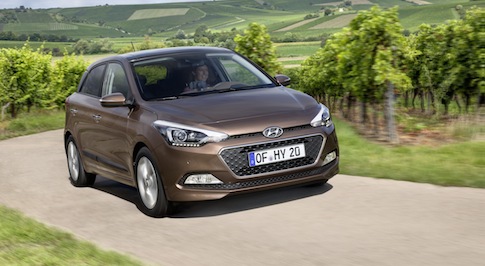 Launch of new Hyundai i20 will be live streamed