Not only has the latest Toyota Yaris been named the European Car of the Year, but the Toyota GR Yaris has been crowned the overall UK Car of the Year too. Find out why, here.
Bristol Street Motors

Not only has the latest Toyota Yaris been named the European Car of the Year, but the Toyota GR Yaris has been crowned the overall UK Car of the Year too.

Coming as no surprise to many, the incredible supermini range has proved once again that it’s packed with all the technology, efficiency and performance you could need to suit a busy urban lifestyle. There’s something for everyone in the latest Yaris line-up.

European Car of the Year

Selected by a jury of 59 automotive journalists from across Europe, the fourth-generation Toyota Yaris has received the European Car of the Year award 21 years after the innovative first-generation model was given the same honour.

Since, the Yaris has been consistently recognised by the Car of Year judges, with each new generation of the car making the award’s shortlist.

This year, the judges praised Yaris’s hybrid electric technology for its smooth driving, low emissions and accessible price point, illustrating why more than 80 per cent of European Yaris customers choose the hybrid powertrain. Here in the UK, the refreshed Yaris is an all-hybrid model range.

The all-new Toyota Yaris was also recognised for its design, dynamic performance and class-leading safety.

Additionally, the European panel of judges particularly commended Toyota’s success in re-igniting passion for the hot hatch market internationally, with the launch of the new GR Yaris.

The European Car of the Year award for 2021 comes just a few days after new Yaris became the best-selling car in Europe for the first time, a clear sign that customers agree with the jury’s opinion.

Matt Harrison, Executive Vice President of Toyota Motor Europe, commented: ‘This is a great honour for Toyota and I thank the jury for their consideration and recognition.

‘I would also like to take this opportunity to recognise the passion of our development teams in Europe and Japan.

‘This the best ever Yaris and, just as Toyota President Akio Toyoda intended, it is already putting a smile on the faces of our customers.’

UK Car of the Year

The annual UK Car of the Year awards are judged by a group of 29 top motoring journalists from across the country, with winners in 12 categories going forward for consideration for the overall car of the year title.

You can read about Toyota’s category wins, here.

When revealing the overall result, the Director of the UKCOTY awards, John Challen, declared: ‘The GR Yaris exudes the same sort of emotions found in the original breed of hot hatches, with a modern-day twist thanks to advances in automotive technology.

‘The most fun I’ve had behind the wheel of a car for many, many years.’

The GR Yaris just managed to pip the awards from the Toyota Yaris Hybrid hatchback, even after the refreshed model was named Best Supermini. 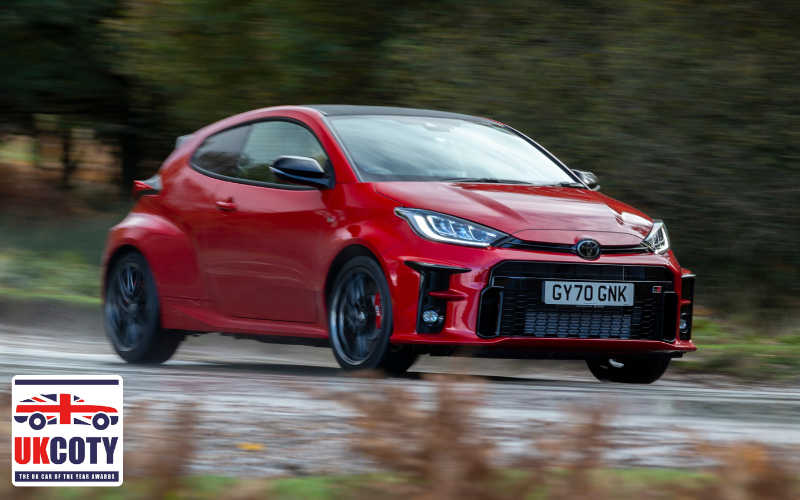 Agustin Martin, Toyota (GB) President and Managing Director, commented: ‘Our sincere thanks go to the UK Car of the Year judges for giving this prestigious award to GR Yaris.

‘This unique car perfectly expresses Toyota’s focus on the pure joys of driving and how we are drawing directly on our motorsport activities to create ever-better cars for the road.

‘The unprecedented reception for GR Yaris, and for the all-new Yaris range more widely, is transforming the perception of our brand as a maker of desirable cars that are genuinely fun to drive.’

If you’re a fan of Toyota and would like to check out our amazing deals on new Toyota vehicles, click the link below:

You can also view our great offers on a wide selection of used and Approved Used Toyota vehicles, here: 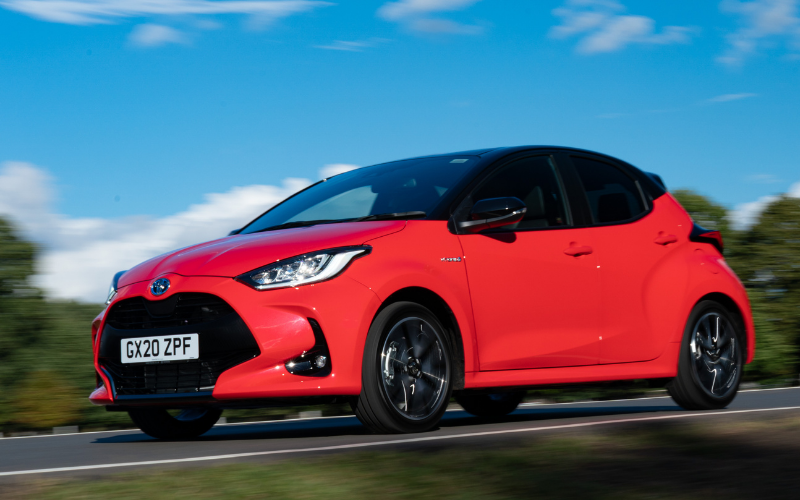