Vauxhall have taken the wraps off their latest addition, the Zafira Tourer MPV.
Bristol Street Motors

The car has been revealed with new looks and a wide range of exciting gadgets. The Zafira Tourer benefits form revamped headlights up front, with Vauxhall’s special daytime running lights. The front grille has had a makeover, too, and beefier wheel arches have been added.

“The front of the new Zafira Tourer takes the characteristics of the award-winning Astra, and anchors it in Vauxhall’s new portfolio. This is also reflected in the interior by a redesigned instrument panel and dash. It’s purer, clearer and easier to use.”

The car’s interiors boast an updated dashboard, with less buttons on the on-board screen making for increased usability on the move. The Zafira Tourers infotainment system can download destinations to the sat nav, and is even capable of calling the emergency services, should an accident occur. A front-mounted camera comes as standard, too, for increased safety, and is capable of forward collision alert and issuing lane departure warnings to the driver.

Prices and engine options are expected to be revealed nearer to the car’s launch in October. 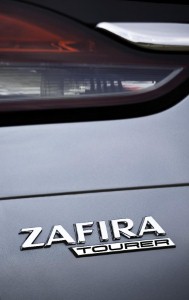 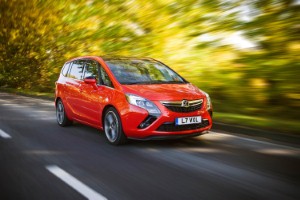