More than 830,000 motorsport fans have signed up for the Nissan and PlayStation GT Academy online competition, with the UK and Ireland final to be held at Silverstone.
Bristol Street Motors

Nissan has revealed that upon closing qualification for the Nissan PlayStation GT Academy 2012 some 830,000 people will be participating across Europe.

In order to qualify for the event, players had to download and complete an online demo based on the hugely-popular Gran Turismo PlayStation games.

The UK and Ireland national final is scheduled to take place at the Silverstone Circuit on July 17th and 18th.

Those taking part in the final will be set a series of virtual challenges and real driving tests, which will see them get behind the wheel of the Nissan 370Zs.

A statement from Nissan confirmed: "The week long GT Academy Race Camp will see the six UK and Ireland finalists go head-to-head, as they are put through a series of gruelling driving, physical and mental challenges designed to measure what it takes to become a modern-day professional racing driver.

"The leading UK and Ireland competitor will then battle it out against other European finalists to determine who will be crowned the 2012 GT Academy European Champion."

News of the event comes shortly after the inaugural GT Academy winner Lucas Ordonez confirmed that on the back of the success of his Le Mans stint, he will race alongside Martin and Alex Brundel at Silverstone later this month.

While the competition is Europe-wide, the UK appeared to have the strongest appetite for it with 161,000 people qualifying.

France and Spain also recorded high levels of interest with thousands downloading the demo, which saw players test array of virtual Nissans, with the final test being a lap of the Twin Ring Motegi circuit in the muscular Nissan 370Z.

The overall winner of this year's event will earn a place on the GT Academy's Driver Development Programme.

This is designed to bring the "virtual-to-reality champion" up to international standard so they are prepared to compete in the Dubai 24 Hour race in January 2013. 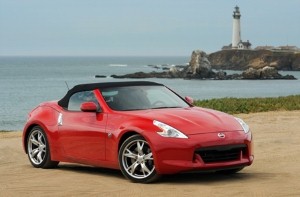 Is the Nissan 370Z Roadster a good alternative to the Audi TT?