Fleet Van has awarded the Citroen Berlingo with the title of 'Small Van of the Year' at its recent London ceremony.

It is the third time the model has claimed the accolade and Scott Michael, head of Commercial Vehicles &amp; Business Centre Programme said the manufacturer is "delighted" with the latest recognition.

"This prestigious accolade recognises the many strengths and benefits of the versatile and cost effective Berlingo range. Not only is the Berlingo Citroën’s best-selling LCV, but it has also been the UK’s best-selling van in its sector for the first three quarters of this year,” he added.

The Berlingo was selected as the winner, thanks in no small part to the new eco models, an electric vehicle derivative and the Trafficmaster feature which comes as standard.

Furthermore, the van was praised for its low cost of ownership, good driver appeal and a decent payload. It comes in a range of models and a choice of trim levels to suit the needs of any commercial vehicle user.

The Berlingo was able to fend off competition from other quality models in its sector and has been the best-selling van in its class since the start of the year. 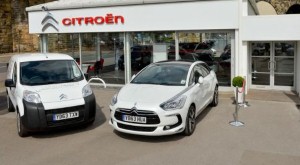