The firm's Berlingo model was the recipient of the former while its Ready to Run programme scooped the latter, with TVD Magazine editor Matthew Eisenegger presenting the honours at the CV Show in Birmingham.

Judges chose the Berlingo as it was deemed to be an "ideal small choice for trades people" while Ready to Run was described as being comprehensive and capable of offering bespoke solutions for professionals.

"Also, the continued success of our Ready to Run programme fairly reflects the range and quality of this programme, which is unsurpassed." 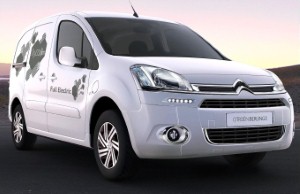