In just three days the CitroŠn Total Abu Dhabi World Rally Team will enter the second half of the World Rally Championship season. Kicking off in the city of Jyvðskylð, Finland, the 8th round is one of the most eagerly anticipated races, due to its accolade as the fastest race of the championship.

The team is made up of three DS 3 WRCs, piloted by Mads Ästberg/Jonas Andersson, Kris Meeke/Paul Nagle and Khalid Al Qassimi/Chris Patterson respectively.

Currently, they sit second in the rankings, behind Frenchman SÕbastien Ogier who is racing for Volkswagen Motorsport and in front of the Finnish racer Jari-Matti Latvala.

Four days of testing are currently underway, with the aim of maximising the drivers' raw speed. The cars' chassis must be extra responsive, with less balance than at other rounds. High speeds are reached, with the majority of the corners taken in one of the top three gears. The type of ground also affects the set-up. Mads Ästberg goes as far as to compare his options to a tarmac set-up adapted to a gravel configuration.

The only driver to finish in the top ten at every event this season, the Norwegian currently lies third in the championship standings. He will be starting his tenth Rally Finland this year with high hopes.

He commented: "I can't wait to be there. Finland is rallying's Grand Prix and it's always a very exciting event. We'll need to concentrate on maximizing our potential, because my aim is to fight at the front. And if everything goes well, we should be able to finish on the podium." 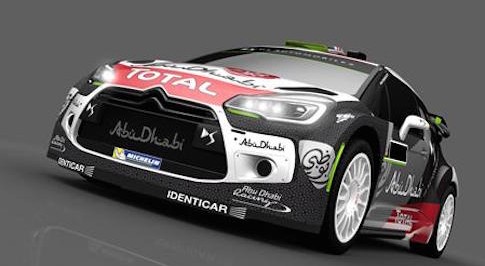