Following her unusual duet with the small city car as part of its launch, Ella Eyre has now taken delivery of her all-new Fiat 500C Lounge.
Bristol Street Motors

Following her unusual duet with the small city car as part of its launch, Ella Eyre has now taken delivery of her all-new Fiat 500C Lounge.

In a bright Coral Red paint scheme, and boasting a tan-coloured convertible roof, the 500C will be used by Ella to zip around London in breaks during her busy touring schedules.

The model chosen by Ella is the lowest emission 85hp version (producing 90g per km) and boasts the award winning TwinAir engine.

Ella commented on her new car, which she has fondly named 'Fernando': "I'm in love with my New FIAT 500! It's so much fun to drive and perfect for city living!"

At the start of this month, Fiat UK collaborated with Ella to re-master the iconic disco hit "Best of My Love" which she performed live on stage with the new Fiat 500. The song will feature in television adverts for the new car.

The original Fiat 500 was introduced in 1957, before the new version was launched in 2007. Since 2007, the 500 has sold over 1.5 million units, and the latest updated model hopes to recreate the success of its predecessor.

New Fiat 500 to be launched in spectacular fashion 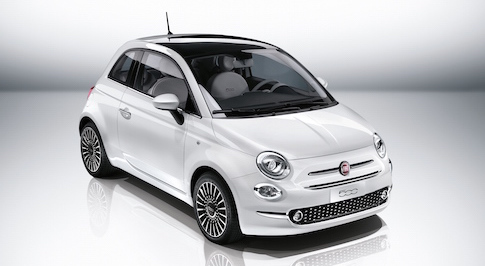