The third generation of Ford Focus is not just the greenest model yet, but it is an altogether sharper, more intelligent and better looking car than its predecessors.
Bristol Street Motors

The latest incarnation of the Ford Focus is a far punchier, smoother and engaging ride than its predecessors, bringing with it a laudable green sensibility.

When it was first released 15 years ago, the Focus caught the imagination of the car-loving public and ever since then this family hatchback has continued to captivate motorists.

The third generation of this popular model is as green as automobiles come, with CO2 emissions tumbling from 99g/km to 88g/km.

Its 1.6-litre EcoBoost engine does much to ensure the vehicle's power remains robust, while ensuring that drivers get an economical and clean ride.

"The innovative Ford Eco Mode system continually assesses the effects of your driving behaviour on your fuel consumption," the multinational car company has stated.

"The system reads your speed, gear shifting, braking and anticipation levels, plus the proportion of short to long trips. Smart software then advises you on how to improve your fuel economy, according to your unique driving style.

Those who desire a little more in the way of in-car entertainment can pay extra for Ford's SYNC tech package, which includes Bluetooth and DAB radio. 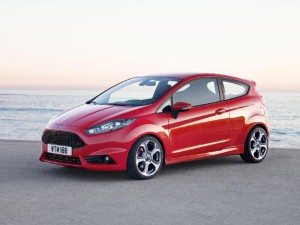