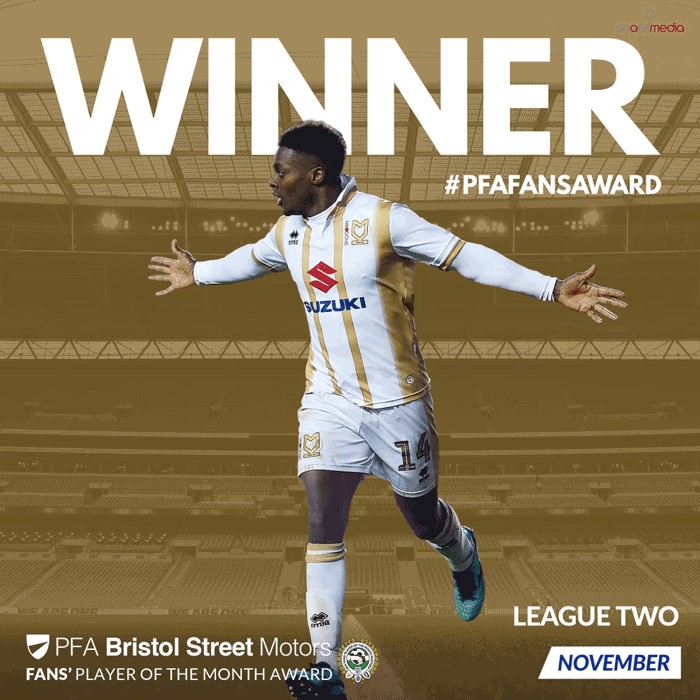 Kieran Agard has been voted the League Two PFA Bristol Street Motors Fans’ Player of the Month for November.

In a vote run by fan engagement experts, Snack Media, the MK Dons forward won with 32% of the vote, beating Mansfield Town’s Tyler Walker, who finished in second place with 18%.

In the fourth of five divisional votes carried out over nine days via Snack’s digital and social networks and supported by top flight football clubs and press, it was clear that the forward impressive November strike rate (three goals in four games) has resonated with football fans up and down the country.