Mazda owners recently met up to show off their motors and the MX-5 looked to be the most popular model among them.
Bristol Street Motors

Simply Mazda, a convention that saw hundreds of the brand's models driven to the Beaulieu National Motor Museum, highlighted a trend among enthusiasts - the MX-5 seems to be a hit.

Around 400 cars turned up at the attraction on July 10th and more than 200 of those were from the MX-5 range.

However, the winner of the Pride of Ownership Award drove an RX-8 and is a member of the owner's club for that model.

Graham Kett from Midsomer Norton took home £100 and a trophy in honour of his black and silver camouflaged motor.

Mr Kett has put his RX-8 to good use, taking it to numerous Japanese road shows and the Le Mans rally in 2010 to raise money for charity Help For Heroes.

The MX-5 Owner's Club was also in attendance, as were some members from the Mazda Rotary Club.

Some of the MX-5 enthusiasts at Beaulieu may be thinking about trading their car in for a newer model, as the latest edition of the sporty motor is reported to be on its way.

A senior source recently told Autocar that the next version will come with a 1.5-litre turbocharged engine and weigh just 800kg, which could make the MX-5 more powerful and agile than ever before. 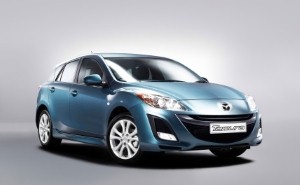