Cutting out the VAT on electric cars would make them as affordable as a petrol alternative, Mitsubishi has claimed.
Bristol Street Motors

Electric cars could get a lot more affordable in the UK, after major manufacturer Mitsubishi added its support to the campaign to make pure electric vehicles VAT free.

The Japanese carmaker is supporting the RAC and motoring journalist Quentin Willson, who are both calling on the government to make this change in order to stimulate demand in the electric car market.

It is claimed that a VAT exemption would bridge the gap between electric cars and petrol vehicles, making it a much more attractive option for cash-strapped buyers.

Former Top Gear presenter Willson, said: "We need to create demand among consumers and investor confidence. The UK must lead the world in green car technology before the Chinese beat us to it."

Mitsubishi entered the UK electric car market earlier this year with the launch of the i-MiEV, which has a range of 93 miles and costs under £24,000, with a government £5,000 plug-in car grant. 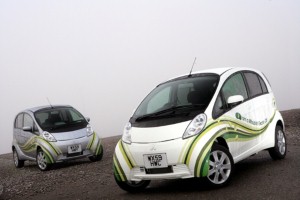 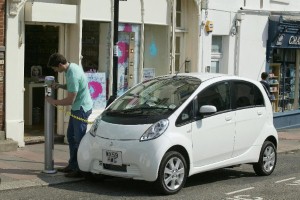