The new SKODA Superb mastered its first appearance at the 2015 Tour de France.

As the official 'Red Car' leading the field of riders, the new Superb is visible for all fans. During the Tour, the vehicle serves as a 'mobile control centre' for Christian Prudhomme, the Tour's director. The 'Red Car' is also the only vehicle allowed to cross the finish line at the same time as riders.

SKODA has been the official vehicle partner of the Tour de France since 2004. As part of its commitment, the Czech car manufacturer is providing 250 vehicles in total  most notably, the SKODA Octavia Combi and KODA Superb.

First launched in selected markets in June, the new Superb features an expressive design, impressive technical qualities and the best interior space of its class, setting new benchmarks in its segment.

Based on Volkswagen Group's innovative MQB technology, SKODA's range topping model, now in its third generation, reaches new heights when it comes to safety, comfort, connectivity and the environment, taking it to the upper end of the automotive mid-class segment.

The new Superb has been sprayed 'Corrida red' especially for its appearance as the Tour's 'Red Car' and runs a 2.0 TDI 140kW, 189bhp engine, which is mated to a DSG six-speed gearbox.

For its special use at the Tour de France, the red Superb contains extensive technology and equipment, and is fitted with a huge panoramic glass roof that can be opened from the rear.

Meanwhile, SKODA's large fleet of vehicles consists of 250 cars, which are used as escort cars particular, including the Octavia Combi and Superb. Over their near three-week use, the vehicles will travel approximately one million miles.

Since 2004, the SKODA fleet's total mileage at the Tour de France mounts up to almost 20 million miles. During this time, SKODA has stood out with top reliability: up to now, there hasn't been a single disruption to the journey due to a technical defect.

The third generation SKODA Superb is officially forecast to have the strongest residual values in the mid-size sector. According to CAP, the new Superb will be the most resistant to depreciation over the course of three years and 60,000 miles. 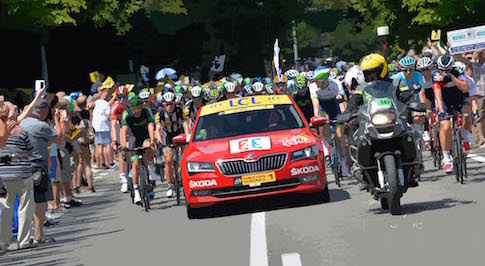 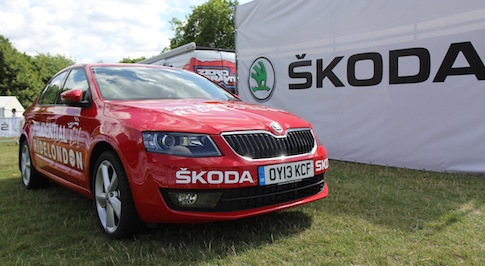 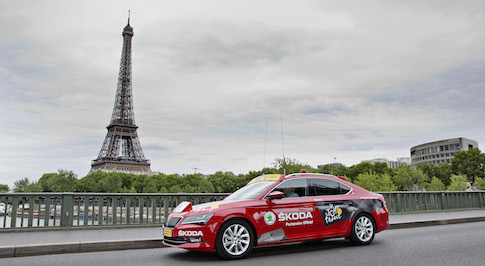