Peugeot has announced its entrance into the van conversion market.

All converted vans retail with a three-year or 100,000-mile parts and labour warranty, as well as aftersales support.

"The choice of these four versions creates a simple range with the most effective combinations of payload and dimensions. It will also help reduce lead time for standard versions," Peugeot notes.

Meanwhile, Peugeot is set to unveil its 508 at the Paris Motor Show, a model which boasts design features similar to the SR1 concept car. 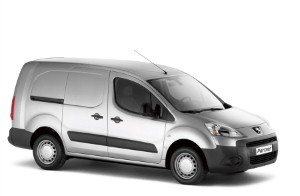