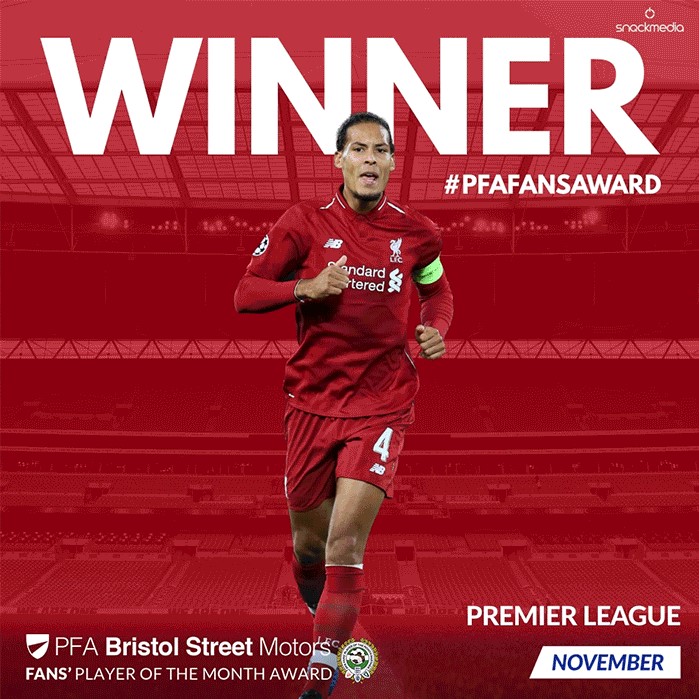 Virgil van Dijk has been voted the PFA Bristol Street Motors Fans’ Player of the Month for the Premier League by football fans across the country.

In the first of four divisional votes carried out over seven days via Snack’s digital and social networks and supported by top flight football clubs and press, it was clear that van Dijk’s strong performances last month – where he helped Jurgen Klopp’s side keep two clean sheets and take seven points from
three games, whilst clocking up six tackles in the process - has resonated not just with Reds fans, but with supporters of all teams.