The brand remains in-tune with the UK music industry, sponsoring this years 'Best Solo Artist' category, which was won by Ed Sheeran. Citroen also provided a fleet of chauffeur-driven Grand C4 Picasso and C4 Cactus models to transport the celebrity guests to the venue.

To celebrate the 25th anniversary of the Q Awards, there was a one-off appearance on the red carpet from a specially prepared chrome-finished C4 Cactus. This eye-catching model was the transport-of-choice for the French composer, performer and music producer Jean-Michel Jarre, who won the coveted Q Innovation In Sound Award.

Citroen UK's Communications Director James Parfett said: "Citroen has enjoyed a strong association with music in the past few years and our cars have recently appeared in music videos with stars like The Saturday's and Pixie Lott. We're very proud to support one of the event's biggest awards and to help celebrate 25 years of one of the most prestigious award ceremonies in the UK music calendar. We would like to congratulate all the nominees on their success."

To celebrate the sponsorship, Citroen launched a music-themed competition #CarTunes on social media to discover the best songs to sing along to in your car: https://www.facebook.com/CitroenUK 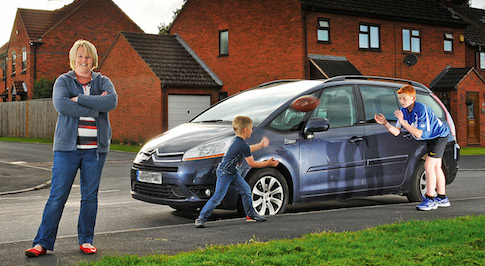