Heaven Can Wait, I'm Busy will journey across 16,500 miles over 16 countries in 153 days.
Bristol Street Motors

Suzuki Jimnys 4x4s to take six pensioners around the globe

Six old age pensioners are embarking upon a mammoth global expedition in a pair of Suzuki Jimnys 4x4s in what they have dubbed The Ultimate Challenge.

The Lymington, Hampshire-based team, led by 72-year-old Les Carvall, named itself Heaven Can Wait, I'm Busy, taking a direct approach to shunning a relaxing retirement or reading books and doing the gardening.

Beginning at Trafalgar Square in London, the 16,500-mile, 153-day trip will see the posse of pensioners head down through France and Germany out to Eastern Europe, before heading through Asia via Mongolia.

They will then cross the sea to Japan before boarding a boat across the North Pacific Ocean to the USA, where they will land in Seattle, Washington.

Rather than heading straight east across the continent, the group will drive up to Anchorage, Alaska before journeying down through Canada and the US to Newark, New Jersey, where they will depart across the Atlantic Ocean. After arriving in Antwerp, Belgium, they will head to the Southampton Boat Show on September 12th conclude the trip.

Heaven Can Wait, I'm Busy will be taking along a camera for the voyage. Using the footage, they intend to create a film entitled While We Have Time. Any proceeds generated from it will be donated to charities, which will include Save the Children.

“At my age it would be simpler to sit back and read the papers each day, talk about the garden and so on, make a donation to charity and leave it at that, as someone else’s problem. For me it is different - I can’t sit still long enough – and driving around the world is the ultimate challenge, the chance to turn a dream into a reality," said Mr Carvall, the project founder and director.

“To be truthful, there have been four times when my life should have ended but it didn’t; maybe I’m just lucky I survived so perhaps it’s time to do something – to give something back by organising a charity fundraising event that is big enough to involve people of all ages and all walks of life." 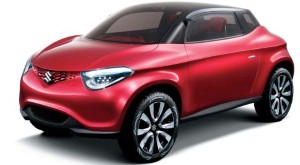 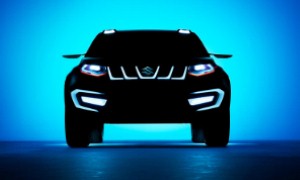 A new style from Suzuki