Vauxhall bosses believe they now have the product range to commence battle with Ford and Volkswagen.
Bristol Street Motors

Vauxhall has announced that it is ready to take the fight to its nearest rivals, Ford and Volkswagen.

Karl Friedrich Stracke, General Motors' boss of Opel, has said that the firm's more up-market approach will allow it to do battle with the Blue Oval and the German powerhouse, the Telegraph reported.

According to the boss, the current crop of Vauxhall motors including the Astra, Corsa and Ampera, could see a new audience for the manufacturer.

"We want to move into the upper-middle segment ... closer to Volkswagen, and in the UK, Ford," he told the newspaper.

However, as the Telegraph points out, while this may be seen as fighting talk, Vauxhall's UK workers may be irked.

In the UK Vauxhall is already seen as a viable alternative to Ford's offerings, with the Corsa and Astra models proving particularly popular.

Meanwhile, the Vauxhall stand at the Frankfurt Motor Show unveiled a concept of its two-seater RAK e all-electric commuter car. 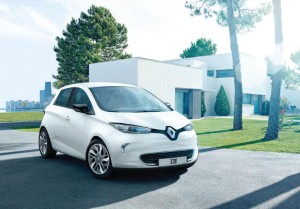