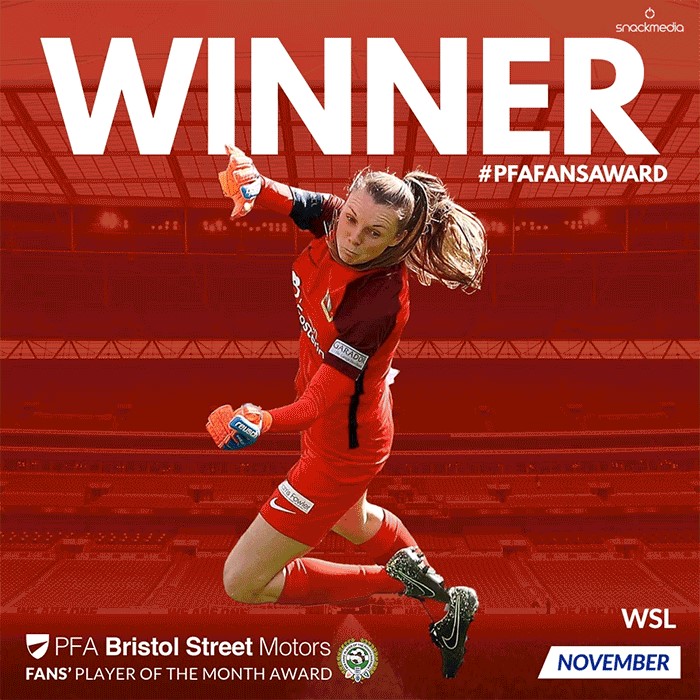 In the final of five divisional votes carried out over eleven days via Snack’s digital and social networks and supported by top flight football clubs, influencers and the press, it was clear that Walsh strong performances – where she kept a clean sheet vs Everton, despite 28 shots on her goal, to help Yeovil achieve their first win in 41 matches - resonated with Glovers fans and supporters of all clubs alike.