Powered by a highly-efficient 1.6-litre THP Stop&Start petrol engine and extensively developed by PEUGEOT SPORT, this latest PEUGEOT GTi is offered in two versions with 250hp and 270hp outputs both delivering impressive performance.

Inspired by a rich PEUGEOT pedigree in GTi models, the 308 GTi has been developed to have a capable chassis that produces top-level road holding and driving pleasure, with fun and ultimate performance enhanced by the Torsen limited-slip differential equipping the 270hp model.

The clean lines of the modern exterior style takes the Brand's now-familiar design language in a more assertive and contemporary direction. Inside, the PEUGEOT i-Cockpit cabin has been enhanced to reflect the sporting nature of the car, with additional detailing to signify this performance flagship.

Exhibiting exceptional dynamic prowess was the number one goal during development, but the Brand's reputation for class-leading environmental credentials has not been sacrificed. The powerplant is the most efficient in its sector, with CO2 emissions of just 139g/km and fuel economy of 47.1mpg  impressive numbers for such a capable and sports-oriented model.

The 308 GTi by PEUGEOT SPORT makes its world debut at this year's Goodwood Moving Motor Show and Festival of Speed, over 25th  28th June.

Maxime Picat, PEUGEOT Brand CEO, said: "PEUGEOT is proud to add the 308 GTi by PEUGEOT SPORT to its stable. This is a car that has generated great anticipation among enthusiasts aware of PEUGEOT's history of hot hatches in the B and C-segments. From the 205 GTi to the latest 208 GTi and RCZ R, the Brand has sold its sportier models to over 800,000 delighted customers. What's more, the 308 GTi by PEUGEOT SPORT is a symbol of the Brand's dynamism and upmarket shift." 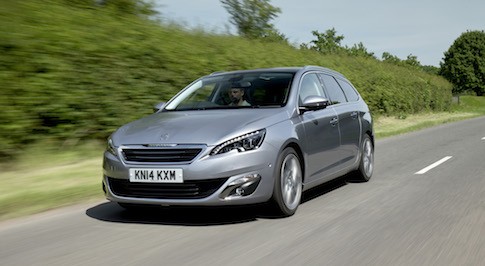