First launched 50 years ago in 1965, this year marks the first time that the sporty, muscular car will be available in the UK.

A right hand drive convertible Mustang will sit proudly on Ford's stand in the 'Earls Court' exhibition at the festival, which will take place over this weekend.

Also on Ford's stand in the exhibition will be the futuristic new Ford Mondeo Vignale Hybrid, juxtaposed next to the luxury family car of the 1960s, the Ford Zodiac.

An early example of the Ford Transit, which is celebrating its 50th year, will complete the line up on the 'Earls Court' exhibition stand.

Ford and Goodwood Revival will pay tribute to 1966 Le Mans winner and Formula one driver, Bruce McLaren who, alongside co-driver, Chris Amon drove the winning GT40 at Ford's "1-2-3" Le Mans victory in 1966. A tribute parade to McLaren will take place on each day of the festival.

One of Ford's historic GT40s will support the Bruce McLaren tribute parade, whilst another will operate as a course car during races and practice sessions, but both will be on display in the vehicle assembly area in-between.

Ford announced its return to Le Mans earlier this year with a new GT race car that will compete in the competition 50 years on from that famous win. 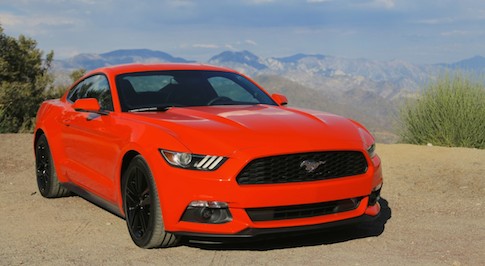