The addition of the all-new Yaris Cross has extended Toyota's market-leading hybrid electric SUV line-up. Read on for a snapshot of each model.
Bristol Street Motors

The addition of the all-new Yaris Cross has extended Toyota’s market-leading hybrid electric SUV line-up. Outside of the electrified model offering, is the iconic Land Cruiser – Toyota’s original off-roader.

Toyota now offers five versatile options in this segment; with vehicles covering everything from city driving to outdoor adventures – whilst also being able to fit the whole family on board.

Each of the SUVs in the range has a number of unique qualities, read on to find out more.

The Yaris Cross provides practicality in abundance. It has been built on the GA-B platform - the same platform as the award-winning Yaris hatchback model.

The Yaris Cross is a fusion of Toyota’s expertise in compact car design and SUV engineering.

It has been built for those who need an urban vehicle which offers something more than a small hatchback, making heading out into the great outdoors that little bit easier.

The fourth generation Toyota hybrid electric system, which features in the hatchback variant powers the Yaris Cross. This provides speedy acceleration and performance, whilst also giving an excellent all-electric capability. 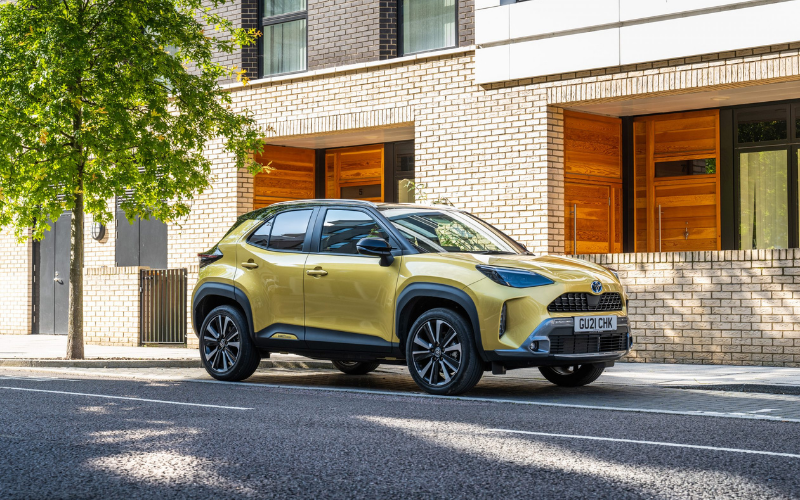 The C-HR is one of Toyota’s best-sellers, and it’s appeal was enhanced further with the introduction of a second hybrid electric powertrain – a 150bhp 2.0-litre system, which enables acceleration of 0-62mph in 8.2 seconds. Plus, a sporty trim is also available for those looking for heightened performance. 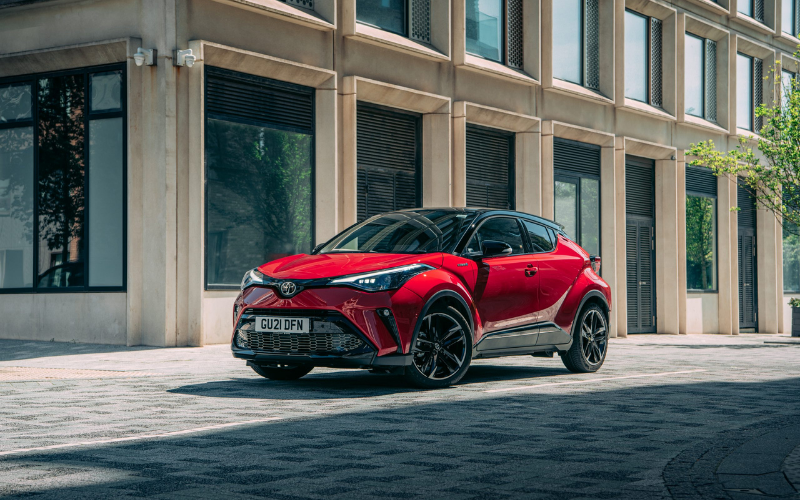 When the original RAV4 first appeared on roads in 1994, it certainly made an impression. Its rugged styling, SUV capability, all-wheel drive and sporty handling broke the mould of what was expected at the time. This began the ‘recreational SUV’ concept, and prompted other manufacturers to jump on board and create their own versions.

With the introduction of a hybrid powertrain (Toyota’s first) alongside intelligent all-wheel drive, an exciting high-performance SUV was created; the RAV4 Hybrid. Then, in 2021 the range grew further with the release of the RAV4 Plug-in. This newest model delivers 306bhp and exceptional efficiency metrics.

Toyota has sold over 2 million RAV4 globally, making it the world’s best-selling SUV. 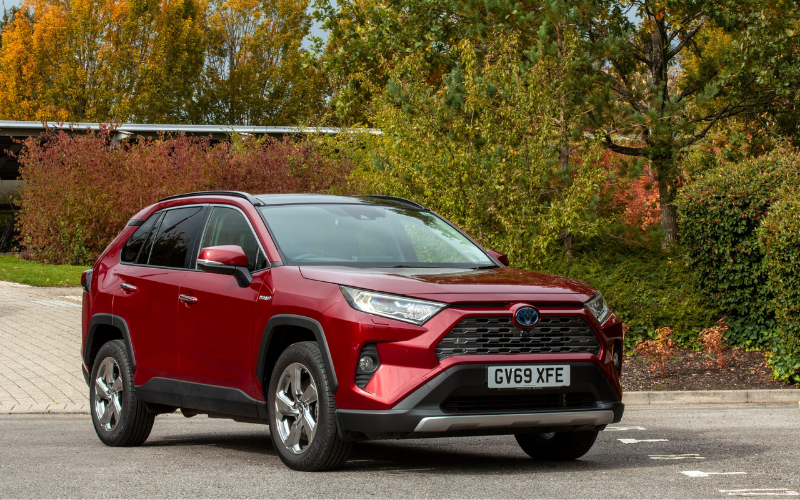 Part of Toyota's model range since 2000, Highlander is built on the same TNGA platform as the Camry saloon. It is powered using Toyota’s fourth generation hybrid electric technology and comes with intelligent all-wheel drive.

It has flexible seating for up to seven and plenty of appealing features as standard; including 20-inch alloys, a JBL sound system, panoramic roof and a power operated tailgate. 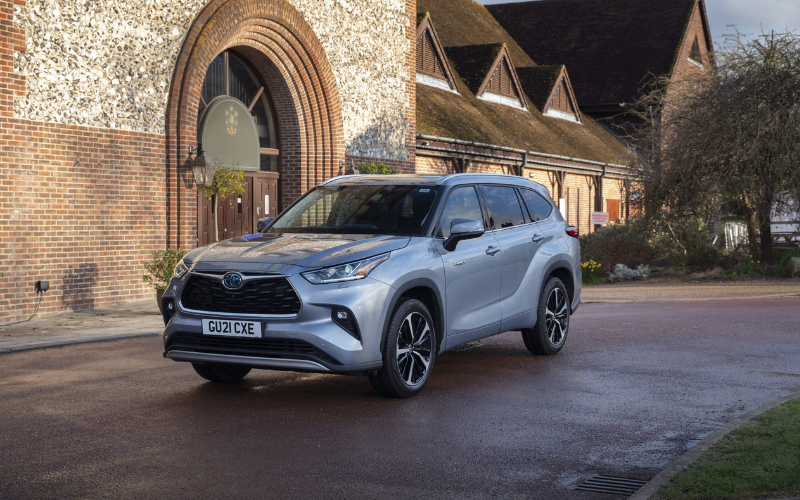 The world-renowned Land Cruiser has a reputation for it’s excellent off road capabilities and dependability.

It all began with the Toyota BJ, which was a truck originally developed for military use. In 1955 the name Land Cruiser was born. Over the years it has become more refined and technologically advanced, whilst never losing its Land Cruiser character of quality, durability and reliability.

Today, it offers the same off-road capabilities it always has, whilst also providing a functional and luxurious cabin, with seating for up to seven on board. 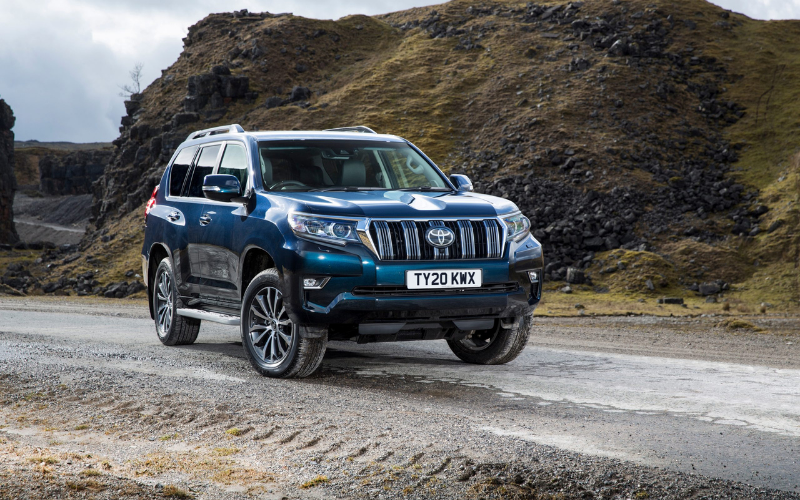 Keep an eye on our Newsroom for more motoring news, or contact your local Toyota dealer if you'd like to learn more about any of the models mentioned in this article. 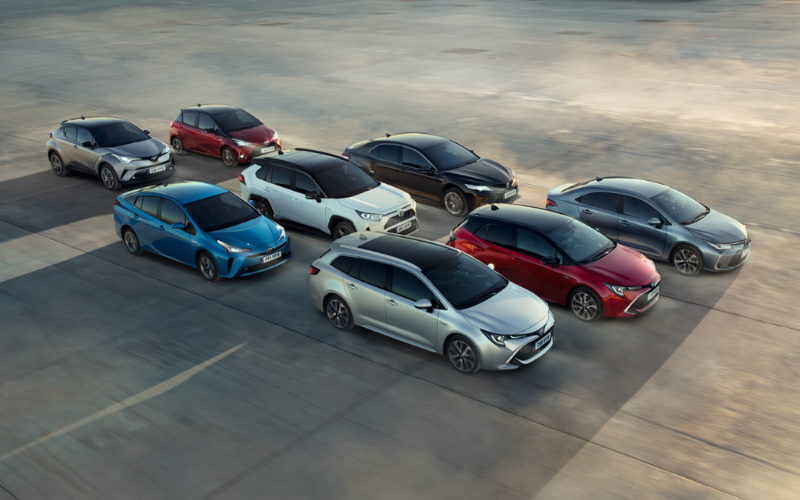 Toyota Has Been Named The Which? Car Brand Of The Year For 2020 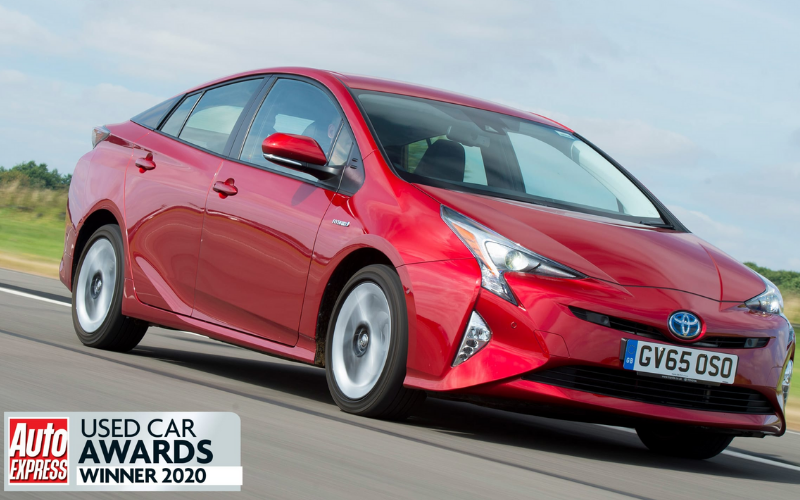