Our favourite car movies and TV shows could have looked very different had the producers chosen to use alternative cars from what ended up on the big screen.
Bristol Street Motors

Throughout the years, it can be argued that cars have become even bigger stars than the actors and actresses that drive them on the big screen. It’s not unheard of for someone to recognise a particular car from a TV show or film without actually seeing it before. Cars such as the DeLorean DMC-12 from Back to the Future and the Aston Martin DB5 from Bond flick Goldfinger will forever share a special place in our hearts. However, this could have been very different.

Unlike today’s productions with mammoth budgets and product placing, many movie cars of the past were chosen purely because that was all the movie producers could get their hands on at the time. There was often no particular car that was planned for the role. Scroll below to find out why some of your favourite cars from TV and film almost never made it onto the big screen. 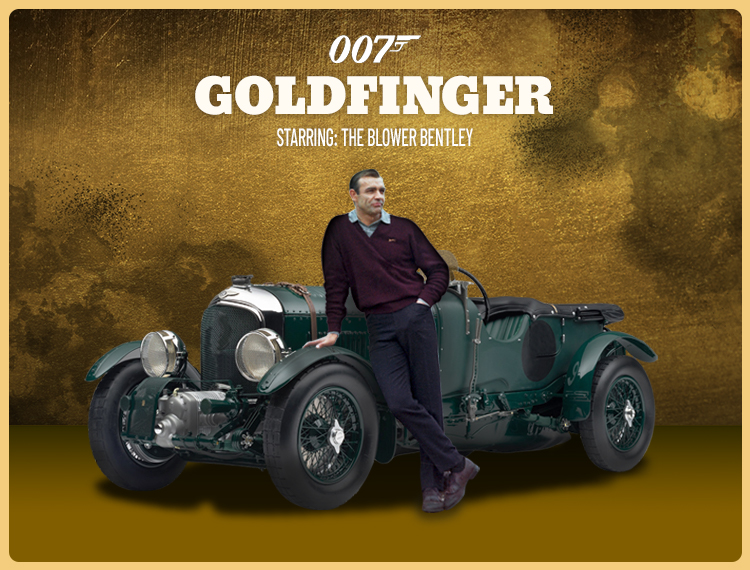 007 could easily have been driving a 1931 Blower Bentley instead of the now-iconic Aston Martin DB5 in the movie Goldfinger. It wasn’t as cool or sleek as the Aston Martins Bond would become known for, but it was among the best of its day. In the novels, Bond was something of a car nut and counted his treasured Blower Bentley as his only personal hobby. He bought it in 1933 and kept it in storage while serving in WW2.

According to Top Gear’s 50 Years of Bond Cars special, Ian Fleming received a letter from a fan one day encouraging the author to “have the decency to fix him up with a decent bit of machinery”. By the 1950s, the Blower Bentley was over 20 years old and had become dated. Fleming made the switch for the 1959 novel Goldfinger, giving Bond an Aston Martin DB3. When the movie came out five years later, they upgraded him to the now-famous DB5. 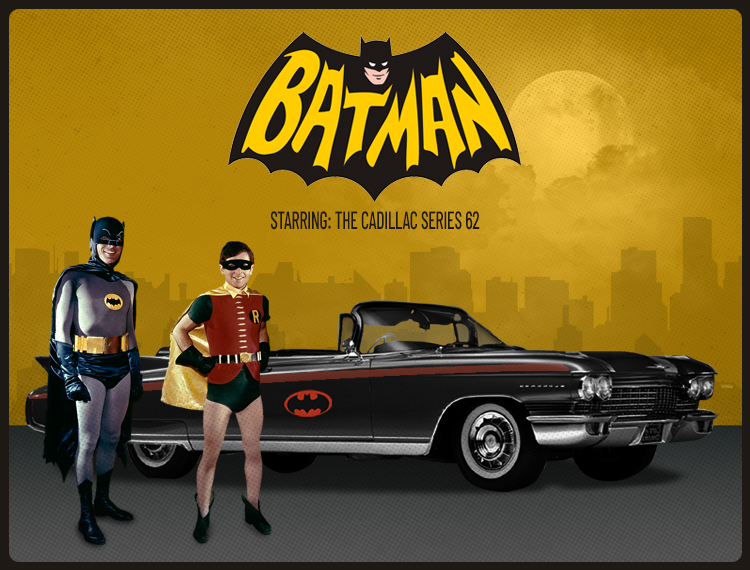 Widely considered as the most recognisable Batmobile to date, the Lincoln Futura looked extremely futuristic in 1966. However, it was by pure happenstance that the car made it into the movie. The task to find a Batmobile was originally in the hands of Dean Jefferies, an American custom car designer and fabricator. He had begun customising a 1959 Cadillac, which we believe was the Series 62 based on the reporting at the time, which is sketchy at best.

However, with three weeks to go before filming, 20th Century Fox announced that they needed something faster for Batman to drive, and Jeffries was dropped from the job. He was replaced by Hollywood car designer George Barris, who due to the short amount of time he had to come up with a Batmobile had to act fast. He bought the Futura which was never put into production by Lincoln, added some fail fins and some other Batman-esque features, and the rest, as they say, is history. 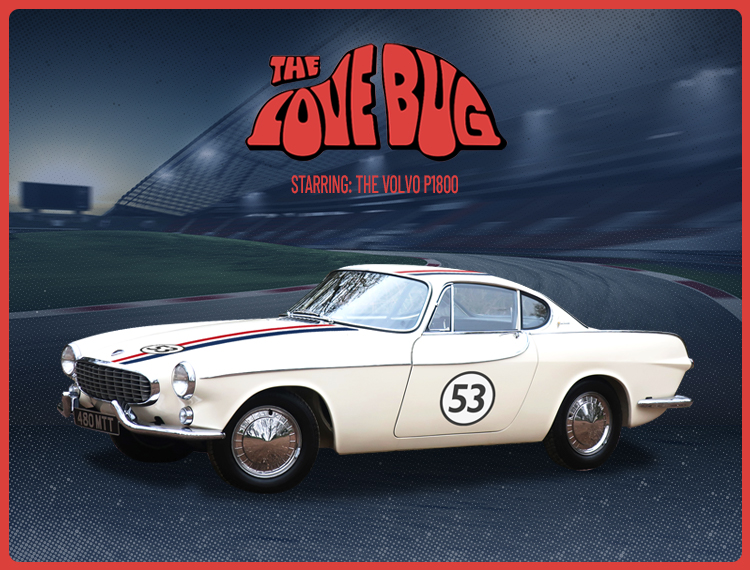 The Volkswagen Beetle, known as Herbie, who found fame in the 1968 movie The Love Bug nearly didn’t make it to the big screen at all. The story goes that when the movie was being planned, a specific car wasn’t chosen to be Herbie, so the movie planners held a casting call. Car manufacturers could show their cars to Disney executives and crew who would be working on the movie. There were some Toyotas, a couple of Volvos and a TVR. Overall there were dozens of different cars that took part, but we’ve chosen to feature the Volvo P1800 in this case, as we can imagine it as Herbie.

During the audition, the Volkswagen Beetle was the only car to elicit an emotional reaction from the crew, with many of them reaching out to pet it. Due to this reaction, Volkswagen was offered the chance to have their Beetle feature in the film, which they accepted. Herbie featured in several other Disney films following his immense popularity with audiences and went on to inspire many films thereafter. Interestingly, the VW brand, logo or shield doesn’t feature in the movie as Volkswagen wouldn’t permit Disney to use it in the movie. 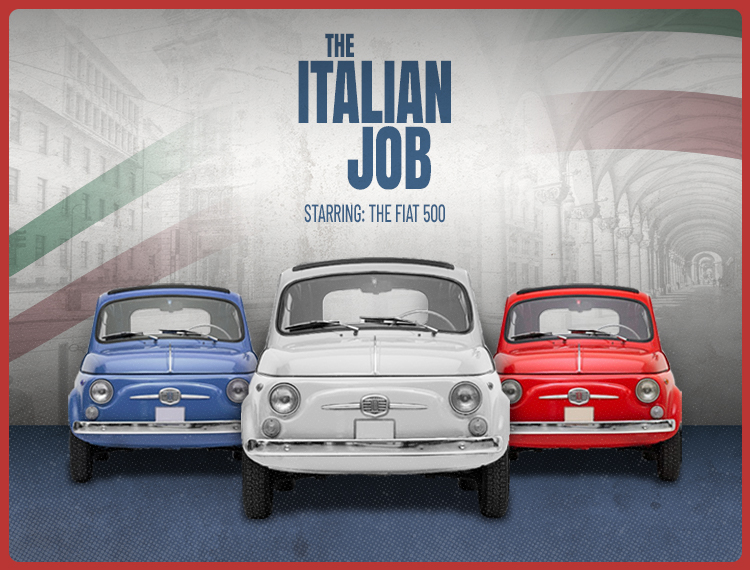 The Italian Job is rightly known as one of the most iconic movies ever made. The movie was considered to be totally original upon its release, with no one ever filming a movie in Turin before. It’s synonymous with the red, white and blue Mini Coopers that took centre stage in the movie, used as gateway cars to escape Turin’s police force after the heist of gold bullion.

However, what people don’t tend to know about The Italian Job is how close those three Mini Coopers were to being replaced with Fiat 500s. Still to this day, a close rivalry between both cars exists due to their similar size and target audience, and back in 1969 it was similar. Producer Michael Deeley revealed in his autobiography that British Motor Corporation (BMC) sold the production three Mini Coopers at cost price, however, they had to buy an additional 30 for action scenes.

On the other hand, Fiat boss Gianni Agnelli offered the production an unlimited supply of top-of-the-range Abarth variants of their Fiat 500 for free. He also personally offered Deeley a Ferrari and $50,000 towards the picture. Upon consideration, Deeley just couldn’t make sense of British crooks driving Italian-produced cars in Italy so decided to stick with the Mini Coopers. 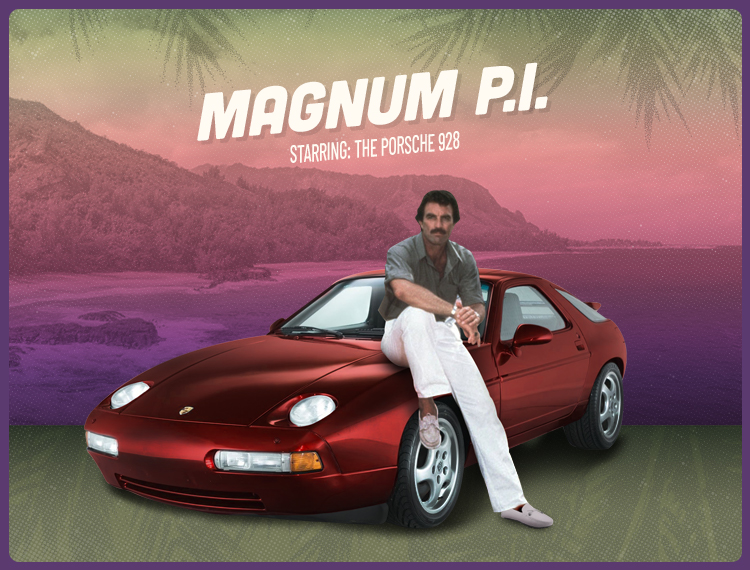 Private investigator and 70s icon, Thomas Sullivan Magnum III, was a retired Navy SEAL who returned to Hawaii to become a private investigator. What’s the first thing that a private investigator needs to remain inconspicuous? You guessed it, a red Ferrari. Magnum travelled all over the island in his Ferrari 308 GTS, solving crimes and locking up bad guys. However, he was originally meant to have driven a totally different car.

Unearthed in the book Speed Read Ferrari: The History, Technology and Design Behind Italy’s Legendary Automaker by Preston Lerner, it was in fact a Porsche 928 that was the preferred choice of producers. However, the 6-foot-4-inch frame of actor Tom Selleck meant that the car had to be adapted to accommodate his size. Porsche refused to allow their car to be specially altered for the show, so the producers had to look for alternatives. Step forward Ferrari with their 308 GTS. The Italian manufacturer was more than happy to modify their car to safely house Selleck, and thus the car became an icon. 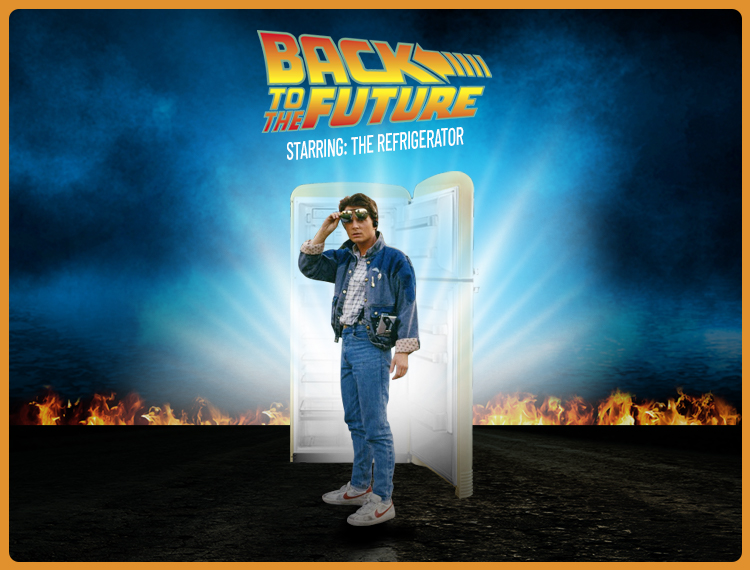 We all have childhood memories of watching Back to the Future for the first time and watching Doc and Marty’s time-travelling DeLorean disappearing in a line of smoke and fire. However, this iconic movie scene almost never took place. Believe it or not, a lead-lined refrigerator took the role of the time machine in the first two drafts of the movie. However, mobility became an issue and the creators wanted a different option. Bob Gales, who wrote all three Back to the Future movies with Bob Zemeckis, credited his co-author for making the switch to a car. “Bob came up with the idea,” He said. “Wouldn’t it make more sense to build the time machine into a car?”

As to why they ended up choosing a DeLorean in particular, Gales said “DeLorean was on trial. He was news. And that stainless steel finish looks great”, referring to John DeLorean being charged by the FBI for some rather serious offences. To be honest, we would love to have seen Doc Emmett Brown and Marty McFly huddled awkwardly in a refrigerator ready to be teleported to their next adventure, but alas it wasn’t to be. 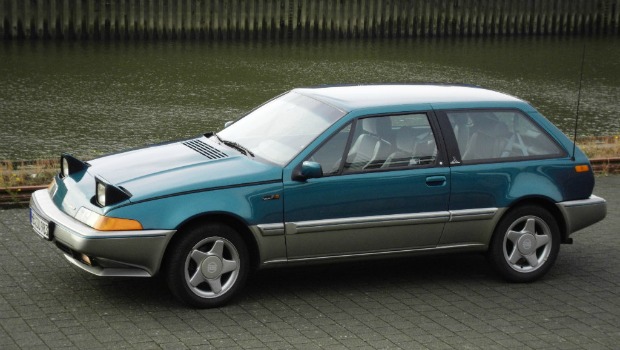 The Cars That Time Forgot