Despite the common insistence of grandparents the world over that they dont make em like they used to, the statistics point to cars being safer than ever before. The road to automotive perfection hasnt been without potholes, though. Lets hop into the Bristol Street DeLorean, floor it to 88mph and visit some of the pioneering moments in the history of motoring safety.
Bristol Street Motors

Car Safety through the Years

Over the past hundred years or so, in-car technology has come a long way. Today’s vehicles are so advanced, in fact, that they don’t even need us inside them to function. Google’s driverless cars are well on the way to making humans redundant in the driving process, instead allowing us to slumber in our vehicles and watch repeats of Friends on infotainment systems while an efficient robot army whizzes us around our cities. It’s not always been such a utopia in the world of motoring, however.

Despite the common insistence of grandparents the world over that ‘they don’t make ’em like they used to’, the statistics point to cars being safer, more economical, and more technically impressive than ever before. The road to automotive perfection hasn’t been without potholes, though. Let’s hop into the Bristol Street DeLorean, floor it to 88mph and visit some of the pioneering moments in the history of motoring safety.

There were practically no cars on the road at this point, so when the ‘Locomotives on Highways Act’ was introduced, it mainly limited the speeds of agricultural vehicles such as tractors, which were presumably tearing around the countryside at breakneck speed prior to this law.

Our next stop is at the turn of the twentieth century, when Queen Victoria was still scowling at us all from our banknotes. The electric headlamp was a welcome addition to car safety in this year, when finally motorists could actually see where they were going. Pretty rudimentary, that one.

Rain on your windscreen? Hit one too many bugs/seagulls/deer and could do with clearing your field of vision? No problem, because in 1903, the first windscreen wipers were invented. Unfortunately, they were hand operated. Good luck cranking the handle while you steer. Ever tried patting your head and rubbing your stomach at the same time? Electric wipers were, thankfully, invented in 1926 by Bosch.

After presumably getting bored of having to constantly wear neck braces due to receiving whiplash at every single traffic light, head rests were introduced in 1921 by Benjamin Katz. Useless trivia – Benjamin Katz is also the name of a side character on Desperate Housewives. Dont ask how we know that. 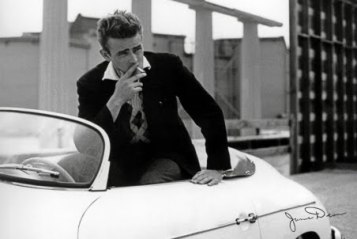 Okay, after the previous two decades’ progress, this one’s kind of a step backwards. Yep, before air bags, seat belts, and shatter proof glass, our flat capped, chain smoking ancestors figured out how to fill their cabins with smoke while at the wheel. Priorities.

As the Bristol Street DeLorean explodes out of thin air in 1930, a badly pitched cricket ball hurled by a scruffy street urchin rebounds off the windscreen. Shield your eyes! Oh wait, we needn’t worry, as safety glass was invented by Ford Motors in this decade. The first non-shatter glass was created by using two sheets of glass with a clear plastic laminate in between. Pretty cutting edge.

The crash test dummy was born in this year, and the first one was christened Sierra Sam. We dont know why. These brave, selfless crash dummies have taken beatings innumerable over the years, so that we dont have to. We salute you, Sierra Sam.

Flying from wall to wall every time you take a sharp turn must have got tiring after 60 years of motoring, as in 1959 the 3 point seat belt was invented. The first of these were made as standard issue, with Volvo taking credit as first manufacturer to see their life-saving potential. As soon as they were made mandatory, a 50% reduction in car-related injuries was reported.

Turns out George Orwell was a little off the mark. Rather than a dystopian, oppressive state and the horrors of Room 101, 1984 actually brought us the humble airbag. Airbags had been tested for the previous three decades, but were finally added in cars as standard features in this year.

Brake assist reduces the pressure needed on the brake pedal, according to how quickly it has been pressed, meaning it’s easier for drivers to brake in emergency situations. Nice. Google, Apple, and the rest; today, the automotive industry’s eyes are collectively swiveled towards the future, and perfecting the technology enabling autonomous driving. The tech being developed will allow cars to sense everything in the road ahead of them, as well as to instantaneously communicate information to other cars in the vicinity, enabling them to react far faster than human drivers when there is an incident.

Over the last ten decades, the car has evolved from a clanking health hazard to a marvel of engineering. While news of autonomous cars on our roads is certainly impressive, however, the crown of the most ingenious automotive revolution still rests with one invention that even after three decades has yet to be paralleled in terms of its ambition and vision:  the in-car microwave. 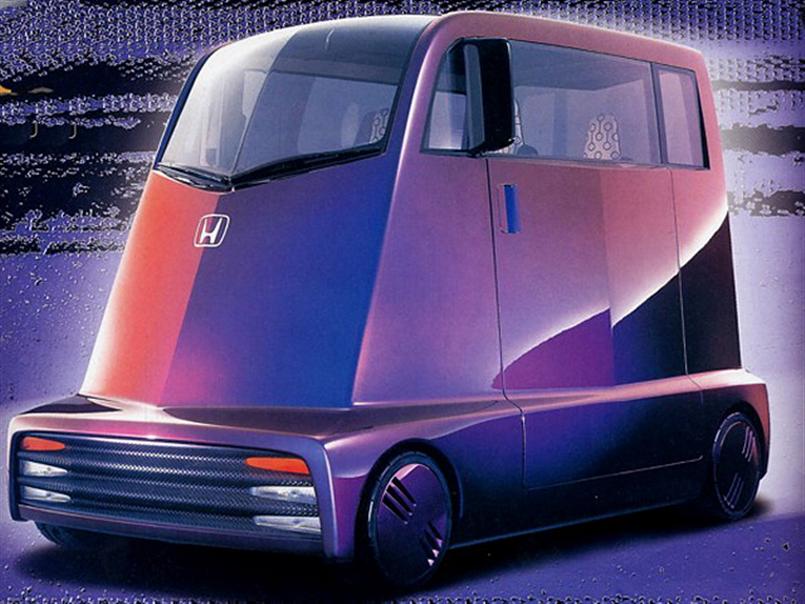 The Worlds Most Bizarre Concept Cars