Citroen has revealed its plans for the Paris Motor Show which include the new C1 Urban Ride concept.
Bristol Street Motors

The Urban Ride concept illustrates the potential for personalising this city car with new go-anywhere looks. The lively and fun new C1 is enhanced by SUV-inspired styling features, ground clearance is raised by 15mm and bumper fairings are provided front and rear, along with wheel arch trim elements. Armed with this protection, it is all set for an urban adventure. For a more dynamic look, its tracks have been increased by 10mm.

The Citroen C1 Urban Ride concept can be seen in two versions: 5-door and Airscape. The Airscape concept has the biggest roof opening in its class. Visitors will be able to cast their votes on a terminal near the concept, to say whether they would like to see this version in production in the future.

The programme was set up by an automotive industry group in France. The objective is to reduce the impact of vehicle running costs on household 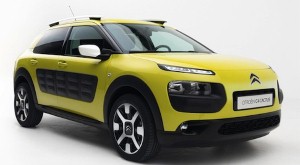