Model is first of its kind to travel through the Eurotunnel.
Bristol Street Motors

An all-electric production model from Citroen has become the first of its kind to travel on the Eurotunnel shuttle service.

The Citroen C-ZERO was driven from London to Calais and back to Kent by Nick Rufford and Jason Dawe as part of a feature for the Sunday Times.

Designed with urban travel in mind, the zero-emissions, zero-fuel car covered 100 miles during the journey.

First delivery of the model is expected early next year, but the car is already being tipped as a "perfect city companion" by the company.

Mr Rufford commented that he was "delighted" to test drive the soon-to-be-released Citroen.

"The C-ZERO performed admirably, despite the terrible weather conditions, and we were still able to complete our story," he stated.

It offers a spacious 166-litre boot and can cover approximately 93 miles per battery charge.

Meanwhile, the Citroen DS3 was recently named Small Car of the Year at the Fifth Gear Awards, with judges noting that "it doesn't put a foot wrong". 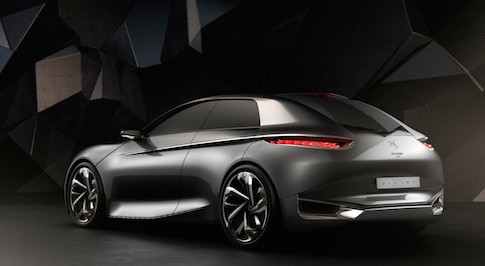