Dacia has sold its 50,000th new car in the UK since coming to the market in 2013, supporting its position as one of the nation's favourite value car brands.
Bristol Street Motors

Dacia has sold its 50,000th new car in the UK since coming to the market in 2013, supporting its position as one of the nation's favourite value car brands.

Since landing in UK showrooms two years ago, Dacia has proved extremely popular with private buyers. So far in 2015, 96 per cent of Dacia's sold in the UK have been retail sales.

The 50,000 milestone was reached just days after Dacia maintained its position as fifth best brand, ahead of many luxury and premium rivals, in the influential Auto Express Driver Power survey.

Dacia drivers scored the brand highly for practicality, in-car technology and servicing costs and rated the brand number one for fuel economy and other running costs.

Andy Heiron, Dacia UK brand manager, said: "When Dacia arrived in the UK it immediately struck a chord with new car buyers looking for maximum value for money. And in a short space of time the brand has evolved and built a strong reputation that's about much more than a low price point.

"We are now seeing lots of repeat business from customers moving into their second or even third Dacia, motorists moving up through the Dacia range and conquest business from other more established brands."

He added: "We're absolutely delighted to have reached the 50,000 landmark so quickly and it gives us a very solid platform on which to build even further growth. There are exciting times ahead for Dacia in the UK."

The 50,000th Dacia to be sold was a Duster Lauréate dCi 110 4x2 in Khaki. It was sold by Westover Dacia in Corfe Mullen, Dorset, and was bought by Steve and Debbie Joy who part-exchanged another Duster they bought new when it was first launched.

Steve Joy said: "I think for value for money and affordability, the Duster is top of its class. You just can't beat it.

"We couldn't believe it when we were told our new car was the 50,000th Dacia sold in the UK. Our original was one of the first to be delivered so it's great." 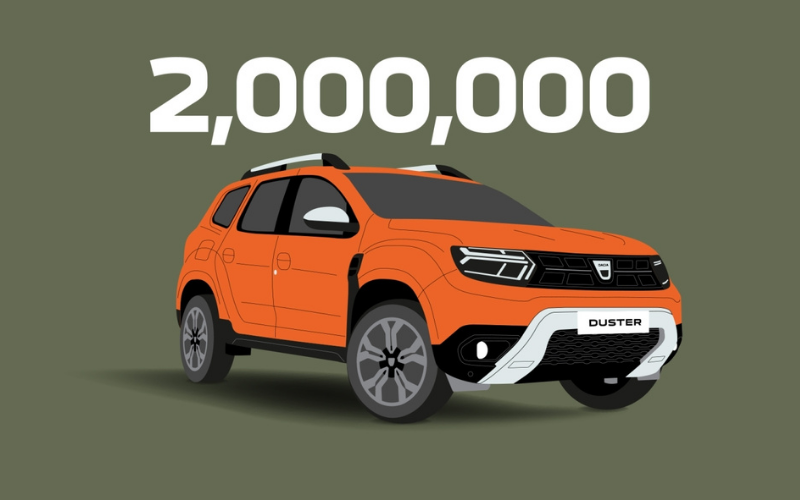