The all-new Ford Ranger has made its world debut at the Australian International Motor Show in Sydney.

Available in three cab body styles, the model will introduce two new diesel engines - the 2.2-litre Ford Duratorq TDCi I4 and the 3.2-litre TDCi I5.

Motorists could be impressed by the range's six-speed automatic and manual transmission options, as well as its spacious cargo box and passenger comfort.

Designers describe the Ford Ranger's design as "21st century tough" due to its modern style and taut shape.

The Ranger Double Cab can accommodate three passengers on its second row of seats.

Stephen Odell, Ford of Europe chairman and chief executive, said the new model "will undoubtedly raise the bar in the pickup market".

"The new Ranger is an exciting and dynamic vehicle. We look forward to bringing the new Ranger to European customers by 2012 and I am confident it will exceed their expectations," Mr Odell added. 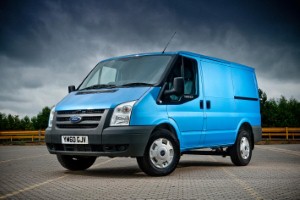