The Ford Fiesta is the best seller once again in July 2014.
Bristol Street Motors

The Ford Fiesta and Focus dominated the UK car sales chart once again in July securing first and second place.

There was more good news for Ford as its Transit and Transit Custom were also the top-selling commercial vehicles in July.

"Ford Fiesta and Focus and Ford Transit and Transit Custom are at the core of this achievement but our extended Ford CV family and the introduction of new car models, the latest of which is the EcoSport, with, Edge, Mustang and Vignale to come, provide a basis for attracting many new customers and building on our leadership position."

The Kuga is Ford's third best-selling model with sales of 2,154 in July. With the EcoSport now on sale and the launch of the Edge due in 2015, the manufacturer expects their presence to grow even more.

Ford's closest rival and the third bestselling car of July 2014 was the Vauxhall Corsa, of which 5,467 were sold. 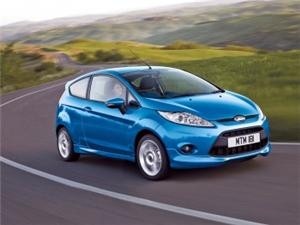