In the battle to reduce wind noise, Ford has taken the unusual step of investing millions of pounds in robotic laser technology to help develop the new Focus.

So confident is the American carmaker in believing that this is the way forward, that it has pumped £60 million into the futuristic technique, which they say gives them a degree of precision not previously seen.

This will result in reduced noise in the cabin, even at higher speeds, as the components will fit together more seamlessly.

The latest version of the Ford Focus, which was released in March, features a range of innovations, such as EcoBoost petrol engine technology, which results in lower road tax.

Furthermore, the hatchback is one of the most environmentally-friendly cars ever made by Ford, with various recycled components, such as seat covers made with denim from old jeans.

Autocar described the new Focus as being "great to drive and to live with" and prices start at £16,000 on the road. 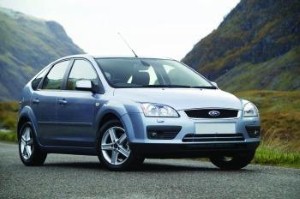